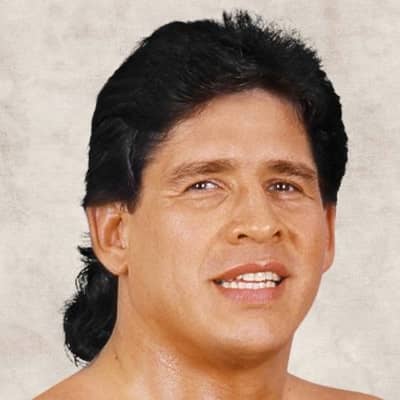 Moreover, no information available regarding his past relationship.

Who is Tito Santana?

Tito Santana is an American Professional Wrestler. He is best known for his appearances with the world wrestling Federation between 1979 and 1993 where he was a two-time Intercontinental Heavyweight Champion and two-times Tag Team Champion.

The Wrestler was born on May 10, 1953, in Mission, Texas, United States. As of 2021, he is 68 years old. He holds an American nationality and belongs to the Mexican ethnicity. Currently, he lives in Roxbury Township, New Jersey.

He is better known by the ring name Tito Santana but his real name is Merced Solis. His Zodiac sign is Taurus. Details regarding his family member including father, mother, and siblings are unavailable.

Talking about his academic background, he graduated from West Texas A&M University.

At Present, Tito Santana is a Spanish teacher and basketball coach at Eisenhower Middle School in Roxbury Township, New Jersey.

Tito Santana was first taught how to wrestle by Yasuhiro Kojima and Bob Ortonmade. He made his professional wrestling debut on February 23, 1977, for Championship Wrestling from Florida.

In the same year, he teamed with Ivan Putski to defeat Johnn Valiant and Jerry Valiant for the world Tag Team Championship at Madison Square.

Later, he wrestled in the American Wrestling Association (AWA) from 1980 to 1982. Santana formed the popular tag team Strike Force with Canadian Rick Martel in the late 1980s.

On February 11, 1984, he became the first Mexican American Wrestler to win the WWF Intercontinental Heavyweight championship.

Santana wrestled at the first WrestleMania, in the opening match defeated a masked wrestler known as The Executioner at Madison Square Garden in March 1985.

On August 8, 1993, he won the ECW Heavyweight Championship by defeating former WWF rival, Don Muraco. On March 13, 2004, he was inducted to the WWE Hall of Fame, with an induction speech by his WrestleMania VIII opponent Shawn Michaels. Tito later appeared in the Legends Roll-On in November 2010

To date, The Wrestler has maintained his profile clean throughout his career. So, he has not surrounded by any sorts of rumors and scandals that hamper his career and personal life

An American semi-retired professional wrestler’s estimated net worth is around $1- $5 million. However, no information available regarding his annual salary.

The Wrestler is 6 feet 2 inches tall approximately and his weight is around 106 kg. He has black hair color and eyes as well.

Furthermore, no details available regarding his other body measurement.

Tito Santana is active on Facebook with 7k followers. Furthermore, he is not active on other social media sites.