Titus Welliver is an American actor who appeared in Sons of Anarchy, Man in Black. He is a proud father of three children from his previous marriage and affair. Titus is currently single.

He is married to a fashion model, Josepha Theodora Stemkens. They married on April 12, 2014. According to the sources, the couple is separated and might get a divorce soon.

His fourth wife is Elizabeth W. Alexander. They married in the year 2005. However, the marriage with Elizabeth because to her death due to breast cancer. 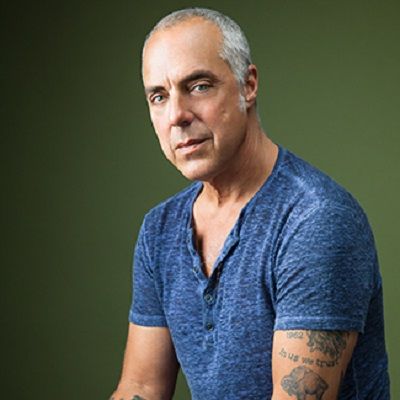 I literally had a very articulate, though highly impaired, homeless man say to me, "Smokey! I love you! What's happening with Jacob?" Here's a guy living on the street, but he finds a way to watch Lost (2004)! And I'm looking at him, thinking, Your priorities are completely ass-backward

The issue of fracking is a stick in the hornet's nest

The biggest danger is that actors become entirely too dependent on the idea of training. They think that if they continue to train and train and train, it's going to make them better

Who is Titus Welliver?

Titus Welliver is an American actor. He is mainly known for his portrayals of the Man in Black in Lost and many roles.

Titus Welliver was born on March 12, 1961, in New Haven, Connecticut, United States of America. His birth sign is Pisces. His mother was Norma Welliver and his father was Neil Welliver.

He was raised alongside his three siblings – Eli Welliver, Silas Welliver, and Ethan Welliver.

Titus did not have a normal childhood as his older brother Silas died of muscular dystrophy, his stepmother died due to infection after six months, and his younger brother Eli, was killed in Thailand.

He studied drama at New York University in the early 1980s, where he improved his acting skills and applied for a film and television career.

Titus Welliver made his acting debut at the age of 28 with the movie, ‘Navy SEALs’ alongside Charlie Sheen, ‘The Lost Capone’ and the TV series ‘Matlock’ in the year 1990. He played roles in super hit movies like ‘Transformers: Age of extinction’ as James Savoy.

Moreover, Welliver played semi-regular characters in multiple famous TV series such as “The Representative” in two episodes of ‘Prison Break’, Kyle Hollis (a.k.a Reverend Orson Parker) in the NBC series ‘Life’ and Final Season of ‘Lost’ as “Man in Black”.

An interesting fact about Welliver is that he has been featured in every Ben Affleck movie including Live By Night.

Besides his successful career in Films and TV series, he has built a career in Audiobook as well where he has narrated several audiobooks such as ‘Appaloosa’, ‘Brimstone’, ‘Blue-Eyed Devil’ and ‘Ironhorse’. Titus has played roles in some advertisement industries as well.

Titus has managed to win two awards so far throughout his career – Washington D.C Area Film for Best Ensemble and Audie Award for Mystery.

As per the sources, he has around an estimated net worth of $4 Million as of 2022, that he earned during his professional career. Also, he earns $55 thousand per month.

There have been ongoing rumors that Titus filed legal separation in L. A County Superior court to split from his current wife Josepha Stemkens, on April 3, 2019.

The couple was together for five long years as they exchanged vows on April 12, 2014.

Titus weighs around 90 kg with a height of 6ft. Additionally, his bust, waist, and biceps size are 112-91.5-43 inches respectively. Also, he has gray hair and light blue eyes.

Where does Titus Welliver live?

Does Titus Welliver have a son?

He has two sons named Quinn and Eamonn.

Does Titus Welliver have Irish tattoos?

He has over 24 tattoos inked in his body.
Jonathan Scott

Even after Chrisette Michele filed a suit against Doug Ellison, he proposed her and now they are engaged and soon to marry

MSNBC’s Kristen Welker who waited for 40 years to get a perfect live partner is now over. Know about her husband!!!