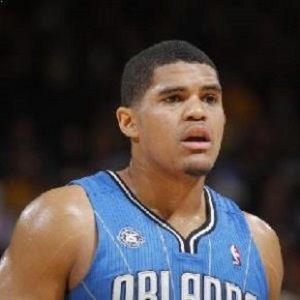 The injunction is the latest setback for the Takahama reactors and the nuclear restart process nationwide, suggesting that nuclear power will continue to provide a small share of Japan's electricity generation.

Who is Tobias Harris?

Tall and handsome Tobias Harris is an American well-known professional basketball player. He is best known as the player for the Detroit Pistons of the National Basketball Association (NBA). He plays from small forward and a power forward position wearing a jersey number 34.

American professional basketball player Tobias Harris was born in Islip, New York. He was born on 15 July 1992. He is of African-American ethnicity and has an American nationality.

His mother’s name is Lisa Harris and his father’s name is Torrel Harris. His birth name is Tobias John Harris. He has five other siblings, three brothers named Tyler, T.J., and Terry, and two sisters Tori and Tesia. Harris studied at Half Hollow Hills West High School in Dix Hills, New York, and transferred to Long Island Lutheran Middle and High School in Brooklyn, New York. He was named the 2010 McDonald’s All-American.

Then he attended the University of Tennessee where he played under coach Bruce Pearl. He declared for the 2011 NBA draft forgoing his several years of college eligibility. He played wearing jersey 12 as a tribute to his close friend Morgan Childs who died of leukemia at the age of 17.

Again, on 26 2013, Magic extended his contract for the 2014-15 season and he recorded 28 points and career-high 20 rebounds in a winning match against Los Angeles Lakers. On 14 July 2015, he signed a four-year contract extension worth $64 million with the Magic but he was traded to Detroit Pistons on 16 February 2016.

Tobias Harris: Salary and Net Worth

His net worth varies depending on the source so for now. We can say that his net worth is estimated at around $45 million. This talented player also does endorsements for brands like Nike, OVADIA & SONS, Off-White, Damari Savile, etc.

Unlike other players, he hasn’t been in any rumor but he suffered a controversy when the Celtics turned him down.

Tobias Harris has a height of 6 feet 9 inches. His body weighs 107kg. He has black hair and black eyes.