Tobias Menzies is an English stage, television, and film actor. He is best known for Outlander. He is possibly single. 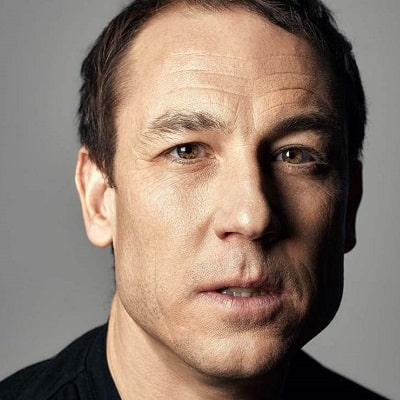 I'm largely interested in people who are just great actors, and they're not necessarily hugely famous.

Love is a very big word.

I live or die by how well I act.

Previously, he was in a relationship with Kristin Scott Thomas in 2005. They began dating after meeting on the sets of ‘As You Desire Me’. The pair have now separated and he is living his single life.

Who is Tobias Menzies?

Tobias Menzies is an English television, stage, and film actor. He is best known for his role as Edmure Tully in HBO’s ‘Game of Thrones’ and Brutus in HBO’s ‘Rome’.

He was born on 7 March 1974 in London, England. Tobias was born as Hanan Tobias Simpson Menzies.

He was born to parents Gillian (née Simpson), English literature and drama teacher, and Peter Menzies, a BBC radio producer. He has a brother named Luke Menzies, who is now a solicitor.

Tobias holds British citizenship but his ethnicity is English-Scottish.

He attended the Perry Court Rudolf Steiner School and trained in movement, singing, and instrumental music which is collectively known as the Steiner System. After that, he joined Frensham Heights School and then attended the Deborah Moody’s Year Out Drama Company in Stratford-Upon-Avon.

Then, he joined the Royal Academy of Dramatic Art and graduated with a BA degree in Acting in 1998.

Tobias Menzies worked with a British improv comedy company called The Spontaneity Shop. After that, he started his acting career with the series ‘Casualty’ in 1998.  Then, he appeared in the TV film ‘Summer in the Suburbs’, ‘Midsomer Murders’, ‘Ultimate Force’, and many more.

He made his film debut in the 2000’s dramatic comedy ‘The Low Down’ which premiered at the Locarno Film Festival. In 2005, he appeared in the romantic comedy ‘Piccadilly Jim’ and in drama ‘Pierrepoint: The Last Hangman’.

He must have accumulated a huge sum of money from his career however, he has not revealed his exact net worth, salary, and income. But some sources have estimated his net worth at $1.5 million.

There were gay rumors about his ‘Outlander’ character but he is straight in sexual orientation.

Tobias Menzies has a height of 6 ft. 1 inch and weighs 70 kg. He has hazel eyes and dark brown hair. His bicep size, chest size, waist size are 13-39-32 inches respectively.

To know more about Frank Grillo, Alice Nokes, and Philippe Bond, please click on the link.