American Tod Williams is a director, producer, and screenwriter. He is married and a father of two. 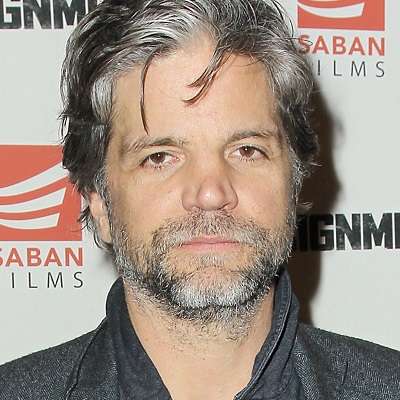 What is the relationship of Tod Williams?

Tod Williams is a married man. Tod’s wife is no other than the Screen Actor Guild Award-winning actress, Gretchen Mol.

The wedding took place on the 1st of June 2004 in a very intimate ceremony. Later, in 2007, the news was that the couple is expecting their first child.

On the 10th of October 2007, they had their first son, Ptolemy John Williams. Following that, on the 17th of February 2011, they welcomed another child and named him as Winter Morgan Williams.

Before this, Tod was married to the actress and director, Famke Janssen in 1995. However, they got divorced after five years.

Who is Tod Williams?

Tod Williams is a director, producer, and screenwriter. He is renowned for his direction works in the movie, Paranormal Activity 2.

Last, in 2007, he produced American Loser. Next, he is producing the thriller movie, Untitled Brant Sersen Thriller.

Tod Williams was born on the 27th of September 1968 in Manhattan, New York. His birth name is Tod Culpan Williams. He is of British-Welsh ethnicity.

His father, Tod Williams Sr. is an architect by profession whereas his mother, Patricia Agnes Jones is a dancer.

He also has an elder sister, Rachel Williams. Williams is a model by profession.

Their parents got divorced when Tod was three and Rachel was five. After that, their father married the architect Billie Tsien. Also, their mother remarried in the late 1970s. Moving forward, they shifted to Woodstock, New York to live with mother.

He graduated from Bard College in Annandale-on-Hudson. Later, he joined Columbia University. In college and university, he studied painting and literature.

After that, he also attended the American Film Institute too.

In his earlier career, he started his career as a freelancer. Moving forward, he debuted on the big screen with the movie, 1998- The Adventures of Sebastian Cole as a director. Also, he is the screenwriter of the comedy-drama too.

After that, in 2003, he explored his career as a producer of the video, The Big Bend. The following year, he directed and written the movie, The Door in the Floor.

Later, in 2010, he directed the supernatural horror movie, Paranormal Activity 2 replacing the filmmaker, Kevin Greutert. The movie received huge success with the box office collection of $117.5 million where the budget of the movie was $3 million.

Last, in 2016, he directed the horror science fiction, Cell. Also, his next thriller movie, Untitled Brant Sersen Thriller is in the stage of post-production too.

Apart from that, his works as an executive producer pay him in the range of $47k to $193k.

Till the date, he has not been through any sort of controversy and scandal that created a buzz in the media. Similarly, there are no rumors related to him.

Tod Williams has brown eyes and black hair. His height is 6 feet 5 inches and weighs around 78 kg.

Talking about the appearance, he has a sharp look with a long facial structure. Besides that, he prefers to have facial hair too.