Posted by MarriedBiography Posted on April 15, 2020 | In Child , Entertainment , Interesting Facts
Share this 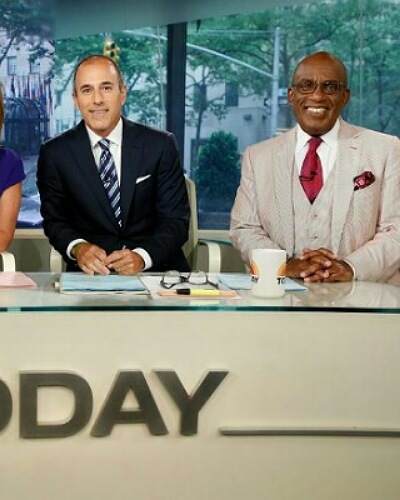 Today Show co-anchors Al Roker, Craig Melvin, and Carson Daly have often discussed on parenting and other family topics on the show. On an earlier occasion, the trio had talked about how the parenting in this generation differs from that of the days of their dads.

Today Show and talk on fatherhood

During the last Father’s Day, host Craig Melvin recalled how in the past the work environment was strict towards fathers. He said:

“The role of fatherhood has changed fairly dramatically over just the past 20, 25 years,”

“I mean, our dads were not able to be as involved in the lives of their children, for a variety of reasons, as we’ve been able to be involved.”

He added that during those days, it was mainly the mothers who managed the home front and rarely did fathers play a role in family affairs. Therefore, Craig shared:

What is the present scenario for fathers?

Al Roker stated that the present situation is better for fathers. Because they can now playing a major role in home matters. The paternity leave has enabled them to be at home when they are welcoming a newborn. Admitting that it is still not totally better, but there is a definite improvement at this front God men, Al Roker said:

“It’s still not where it should be, (but) more and more companies are far more friendly about paternity leave, and I think that’s very important. You need to have that time. We’ve seen this rise of female executives who get how important that is… I think that’s been a big change and allowed us the ability, to have permission, to be dads.”

The weatherman of Today Show Al Roker also revealed that parents of today are more protective and want to see to it that their child/ren are comfortable in all aspects in their life. Al Roker stated:

“We want to make sure everything is just so for our kids. And with our parents, there was space. Granted, it was a different time. But we were allowed to make mistakes.”

“You went outside, you went to the park. There were slides, they were made out of galvanized metal. You’d get on there, you’d get third-degree burns going down! But you were expected to go out and when the street lights came on, you came in. And they gave you your space.”

Carson Daly said that he gets emotional when he is away from his kids. He said:

“I don’t think anybody gives us credit for being emotional. I’m very sentimental with my kids. When I’m driving to JFK (airport) and I’m going to be gone for five days, it really does suck.”

But, Carson found a nice way to connect with his kids: