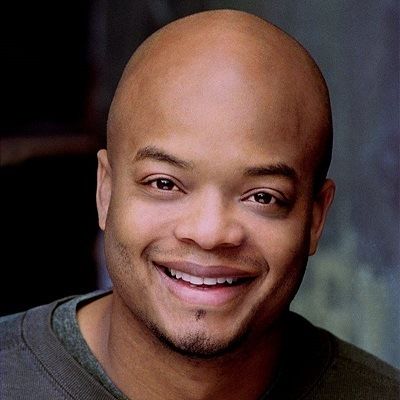 The best advice I've ever received or given, in or out of the entertainment business, is as follows: "Stick with God."

He was a really good man. He really was like Mr. Drummond. Just an all-around nice guy. He treated me better than my own father treated me.

But he is now divorced from Dori. Todd also has a daughter named Bo Bridges from a previous relationship.

Who is Todd Bridges?

Todd Bridges is an American actor and comedian. Likely, he is well known for his role as Willis Jackson on the sitcom Diff’rent Strokes, for his recurring role as Monk on the sitcom Everybody Hates Chris.

Todd Bridges was born on 27th May 1965 in San Francisco, California, the United States. His birth name is Todd Anthony Bridges and he is currently 54 years old. His father’s name is James Bridges Sr. and his mother’s name is  Betty A. Bridges. At the age of four, he got his first modeling job posing for a magazine ad.

Whereas, his parents’ divorce in 1982 hit him hard. He has two siblings namely, Jimmy Bridges and Verda Bridges. Todd holds American citizenship, but his ethnicity is unknown. His birth sign is Gemini.

Talking about his profession, Bridges appeared on The Waltons, Little House on the Prairie, and the landmark miniseries Roots, and was a regular on the Barney Miller spinoff Fish. But it was playing Willis Jackson, on the long-running sitcom Diff’rent Strokes, that made him a household name, along with those of fellow co-stars Conrad Bain, Charlotte Rae, Dana Plato, and Gary Coleman.

Likewise, he also appeared in ‘Little House on the Prairie’, a drama television series about a family living on a farm in Walnut Grove, Minnesota in the 1870s and 1880s.

Additionally, his performance in ‘Fish’ caught the attention of producer Norman Lear, who cast 12-year-old Todd in a starring role in the comedy show, ‘Diff’rent Strokes’. It proved to be his big break which changed his life and career. He played an orphan taken in by a wealthy white businessman.

Todd then became a heartthrob and a household name. By the age of 18, he was wealthy enough to own a house of his own in Los Angeles. In the 1980s, he appeared in a few music videos as well.

In the year 1984, he appeared in Penny Ford’s single ‘Change Your Wicked Ways’. Despite enjoying considerable fame, his professional life soon spiraled downward due to his drug addiction and brushes with the law. By 1986, he had become so deeply embroiled in legal troubles that it was becoming hard for him to get meaningful work.

Moreover, the lack of substantial roles for ‘Black’ actors further made his career difficult. Depressed by the situation, he delved deeper into drugs and crime.

In the 1990s, he sought professional help for dealing with his drug problem. After rehab, he saw a resurgence in his acting career and made appearances on multiple reality shows. Besides that, he defeated Vanilla Ice in an episode of the show ‘Celebrity Boxing’ in 2002.

In an episode titled ‘Burned Bridges’ on MyNetworkTV’s show ‘Decision House’. He also accepted a recurring role on the sitcom ‘Everybody Hates Chris’. In 1998, he opened the Todd Bridges Youth Foundation which provides sports, computer training, and acting courses for children.

He also appeared as a frequent commentator. In October 2008, he appeared as a contestant on ‘Hulk Hogan’s Celebrity Championship Wrestling’ on the CMT Network. Judges praised him for his athleticism and for defeating Harding. After reaching the finals, he was defeated by Dennis Rodman.

In 2010, he wrote a book, ‘Killing Willis’, and appeared on The Oprah Winfrey Show to promote it. In 2015, he served as the host of a live game show, ‘Lovers or Losers: The Game Show’, at the Plaza Hotel & Casino in Las Vegas.

He has an estimated net worth of around $250 thousand (as per 2019 data) and he has earned that sum of money from his professional career.

There was a rumor about Todd Bridges death. There was controversy that during his 20s, Bridges battled a crack cocaine addiction. In the year 1989, he was also arrested and tried for the attempted murder of Kenneth “Tex” Clay, a Los Angeles-area drug dealer who, prosecutors argued, had been shot by Bridges.

Bridges pleaded not guilty to the charges and were represented by the high-profile defense attorney Johnnie Cochran. Currently, he is far from rumors and controversies.

Todd Bridges has a height of 5 feet 11 inches. Additionally, he weighs 78kG. Todd’s hair color is bald and his eye color is hazel.

Also, read the affair, salary, the net worth, controversy, and the bio of Jeff Goldblum, Anthony Hopkins, James Earl Jones