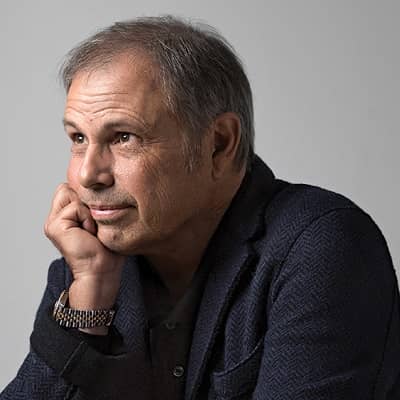 The common theory about Mom’s passing was that, after losing Carrie, Debbie Reynolds died of a broken heart. Take it from the son who was there, who knew her better than anyone else on earth—that’s simply not true. Debbie Reynolds willed herself right off this planet to personally see to it that Carrie would never be alone.

Believe in God, but row for the shore.

There’s no room for demons when you’re self-possessed.

First, he married his high school sweetheart and lifelong girlfriend, Donna Freberg. Because of their private differences, the pair got divorced.

Today, Todd Fisher is married to Catherine Hickland, an actress and a businesswoman, at present they live in Las Vegas. The couple took the vows on 25th December 2012.

Who is Todd Fisher?

Todd Fisher is an American actor, filmmaker, and producer, perhaps known as the brother of actress Carrie Fisher and the son of actress Debbie Reynolds. Todd is also a producer of TV films and documentaries.

Todd Emmanuel Fisher was born in Burbank, California, on February 28, 1958. His father, Eddie Fisher, and his mom, Debbie Reynolds, both were talented and professionals actors. He was born and raised with his elder sister, Carrie Fisher.

His father is believed to be of Russian ancestry. His mother was a Protestant and His father was a Jew.
Later, his parents got divorced, his father got married to actress Connie Steven, and he had two children with her. His mother married Harry Karl, a businessman, and after nearly 13 years, the couple got separated.

Fisher joined Beverly Hills High School and after graduating in 1976 he went to the Southern California University of Architecture in Los Angeles for further studies.

Born in a family that is established in the entertainment industry, Todd Fisher first appeared in a documentary which was about his mother, Debbie Reynolds. He then developed an interest in the creative side of the film industry and began shooting advertisements, short films, and documentaries.

With more professionalism, Todd started to acquire some mainstream experience and become a member of the American Cinematographer Society.

Todd Fisher modified the ‘Paddlewheel Hotel and Casino’ to ‘Debbie Reynolds and Casino.’ He renovated the entire 500-seat hotel and casino showroom. The showroom also had a full TV studio and also the Hollywood Motion Picture Museum. It was the first studio in the United States of America to screen a high-definition film.

Todd Fisher is the former CEO, CFO, President, and Treasurer of ‘Debbie Reynolds and Casino.’ After becoming a born-again Christian, Todd Fisher attempted to start a Christian satire series.

He has directed television shows such as ‘Science of Survival’ and documentaries such as ‘Blue Angels: A Backstage Pass,’ ‘Cinerama Adventure,’ and ‘South Dakota.’ His most recent documentary was on his mother, Debbie Reynolds.

Todd Fisher did not win any awards for his contribution to the industry. He made an awesome documentary about his mother, Debbie Reynolds, who was the former CEO and president of ‘Debbie Reynolds and casino.’

As of December 2020, Todd Fisher’s projected net worth is about $18 million. Most of his net worth comes from his commitment to the film and television industries.

Todd Fisher was broken by the loss of his mother and sister. He was in there for his mother when she needed him. His personal life is going pretty decent, but still, Todd hasn’t completely healed from his loss.

Todd stands 1.73 m tall and weighs around is 75 kg. He has black hair and a pair of dark brown eyes. his other body measurements are not available.

Todd is not much active on social media platforms.

You may also like to read the bio, educations, siblings, net worth, controversy, relationship status of Coley Speaks,