Won the Baltimore Ravens Ring of Honor and in 2006, he was awarded NFL Alumni Tight End of the Year.

Todd Heap is a married man. He is married to his longtime girlfriend turned wife Ashley Heap. The couple tied the knot in the year 2001.

His daughter Holly was accidentally killed by Todd himself. He drove the truck and hit her.

She was taken to the hospital on the spot but the doctors could not save the little girl. The family was in deep grief after the death of Holly. 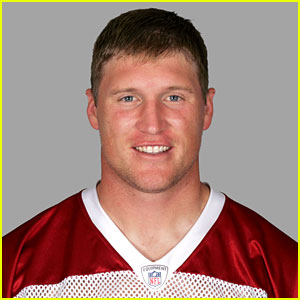 With Clarence on the same side on me, I'm looking at him saying, who are you going to double?

It felt good to be out there with the guys. It's about time to get back into it. I've been working really hard to get my body back healthy and it's about time.

I feel really good. It comes right back to you once that adrenaline begins flowing.

Who is Todd Heap?

Todd Heap was born on March 16, 1980, in Mesa, Arizona. He is 41 years old. His nationality is American and his ethnicity is North American.

His father was a business owner. He has two younger sisters, Alyssa and Carli, and has three younger brothers, John, Greg, and Brad.

Todd attended Mesa (AZ) Mountain View High School and his college was Arizona State. He pursued a degree from the W.P. Carey School of Business

The Baltimore Ravens selected Heap with the 31st overall pick in the 2001 NFL Draft Through the end of the 2009 NFL season he played 120 total career games, starting 115.

Todd Heap recorded 16 receptions for 206 yards and one touchdown in his rookie season, playing behind eight-time Pro-Bowler Shannon Sharpe.

He became the starting tight end for the Raven’s in 2002 after Sharpe left in free agency. The Ravens were 7-9 in Todd Heap’s second season.

He caught 68 passes for 836 yards and six touchdowns and was voted to his first Pro Bowl.

The following season in 2003, Todd garnered 57 receptions for 693 yards and three touchdowns, despite the Ravens having a run-first offense, behind the record-breaking 2,066-yard rushing season of Jamal Lewis.

Todd was again voted to the Pro Bowl as the Ravens won the AFC North division for the first time. Todd had six receptions for 80 yards and a touchdown in a 20-17 playoff loss to the Tennessee Titans.

Todd heap was injured in the second week of the 2004 season, in a game against the Pittsburg Steelers. He returned in Week 13 but missed the final game of the season.

He finished the season with 303 yards and three touchdowns in six games. He returned healthy and ready to play in the 2005 season. The Ravens team suffered numerous injuries to their starters and end the season 6-10. Todd caught 75 passes for 855 yards and seven touchdowns.

In 2006 he would begin catching passes from a former rival, former Pro Bowl quarterback Steve Mcnair.

It would also prove to be the Raven’s best regular season, as they won the AFC North for the second time in franchise history with a record of 13-3. Heap caught 73 passes for 765 yards and six touchdowns.

The Ravens advanced to the AFC Championship Game for the first time since the 2000 season but would lose the Steelers.

Todd Heap played through numerous injuries in the 3009 season, yet had 53 receptions for 593 yards and six touchdowns, and twice scored two touchdowns in a single game.

The ravens finished 9-7, losing in the second round of the playoffs to the Indianapolis Colts.

He built on his success from the previous year in 2010, going on to have one of the best seasons of his career. In 12 games, he notched 37 receptions for 546 yards, and five touchdowns, one being a career-long 65 yards touchdown.

In a Week 13 Sunday Night Football match-up with the Steelers, he suffered a pulled hamstring on the first offensive snap for Baltimore, taking him out of the game.

As a precaution, he missed the three weeks, not wanting to re-aggravate or worse the injury.

On July 25, the day the NFL announced the Collective Bargaining Agreement, the Ravens announced they would be releasing him once free agency began. He was officially released on July 28.

Todd Heap: Salary and Net Worth

Todd has not been so open about his personal life and also there have been no rumors and controversy over Todd.

His hair color is light brown and his eye color is blue. His shoe size is unknown.