Talking about his relationship details, Todd Lasance is a married man. He is happily living a married life with his long-time partner, Jordan Wilcox. The couple tied the knot on 10 January 2020.

Moreover, they exchanged vows at the picturesque Wallalong House in the Hunter Valley, and judging by the photos, it was a perfect day.

Todd and his beloved wife, Jordan had earlier welcomed their daughter, Charlie Rose in 2016 who was naturally part of their wedding ceremony. 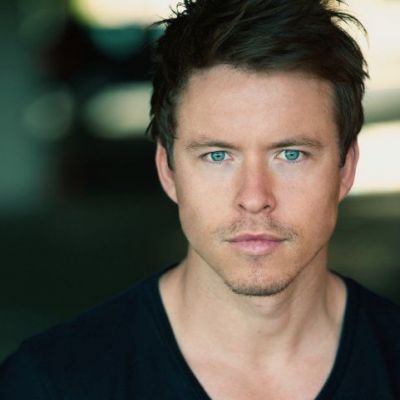 Who is Todd Lasance?

Todd Lasance is a well-recognized Australian actor and television personality. Lasance is widely famed for his roles in Australian television including Aden Jefferies on Home and Away, Cam Jackson on Rescue: Special Ops, Ben McMohan on Crowines, and Major Sydney “Syd” Cook on ANZAC Girls.

Moreover, he has also been portrayed in television series such as Julius Caesar on Spartacus: War of the Damned, Julian on The Vampire Diaries, and Edward Clariss/ Rival on The Flash.

Todd Lasance was born on 18 February 1985. At present, he is 37 years young star. Likewise, his birthplace is Newcastle, New South Wales, Australia.

Todd is the son of his father, Robert Lasance whereas his mother is Jan Lasance. Moreover, he has a brother named Chad.

Talking about his nationality, Lasance holds an Australian identity whereas his ethnicity is Caucasian.

Regarding education, the actor studied at St. Philip’s Christian College and joined drama as part of his higher School Certificate. Later, Lasance did formal training as an actor at Screenwise in Sydney.

Todd debuted in the acting industry on the teen drama series, Blue Water High in 2006. Next year, he was cast in the Seven Network soap opera series, Home and Away portraying the role of Aden Jefferies. In October 2007, the actor became a regular cast member of the series. He also won the Logie Award for Most Popular Actor in May 2009.

In order to pursue his acting career in America, he left the show. Lasance then debuted in the film industry with a small role in the film, Fool’s Gold in 2008. He also featured in the drama mini-series, Cloudstreet in March 2010 based on the Tim Winton novel of the same name, in which he featured in the role of Quick Lamb.

The actor also appeared in the third season of the adventure drama series, Rescue: Special Ops. In the series, Todd was featured in the role of Cam Jackson, a member of a rival rescue firm that competes with the show’s main team.

A famed star, Lasance has earned a healthy amount of money from his profession. He has been active in his profession from the year 2005 till the present.

It is reported that Todd Lasance has an estimated net worth of $2 million.

Todd was involved in a car accident on 10 Sunday 2008 where his Toyota Supra collided with an aged woman’s Honda Civic. The actor and his passenger escaped with minor injuries, while the aged driver was taken to the hospital in serious condition.

Furthermore, Todd was arrested at a Kings Cross nightclub in Sydney for possession of cocaine on 12 December 2009. He was later ordered to serve a 12-month behavior bond.

Other than that, Lasance prefers enjoying his personal life and does not want to merge it with his professional life.

37 years young star, Todd has handsome looks and an admirable personality. He stands at a height of 6 feet. Also, he has a balanced body weight of 75 kg.

Furthermore, Lasance has black eyes whereas his hair is blue.

He is also active on Twitter with around 29.8k followers.