Todd Palin is an oil field production operator and commercial fisherman. Todd Palin is not having an affair with anyone presently.

Previously, he was married to his High school girlfriend, Sarah Health. They got married on the 29th of August 1988 via eloping.

His son, Track is a US Army whereas his daughter, Bristol is a public speaker and TV Personality.

On the 29th of August 2019, they filed for divorce citing incompatibility of temperament. Later, on the 23rd of March 2020, the divorce got finalized. 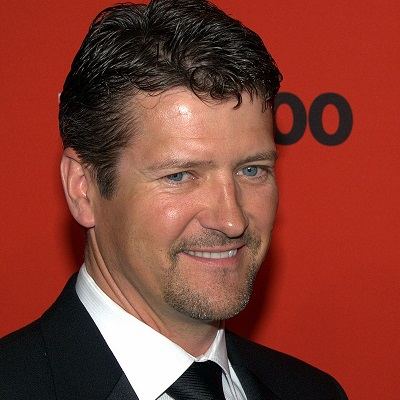 Who is Todd Palin?

Todd Palin is an oil field production operator and commercial fisherman. Todd Palin is also famous as the ex-husband of the former governor Sarah Palin.

Todd Palin was born on the 6th of September 1964 in Dillingham, Alaska to James F. “Jim” and Blanche Palin. He is of British-Dutch-welsh ethnicity with Yup’ik roots. As his grandmother was of the Yup’ik ethnic group.

His stepmother, Faye Palin is a politician. In 2007, she ran for the position of mayor of Wasilla, Alaska. He has a half-sister, Diana Palin.

Talking about his educational background, he completed his High School education at Wasilla High School in 1982. After High School, he attended college and completed some courses.

However, details on his college and courses are not available.

Todd Palin started his career as a steelworker. Also, he used to be a member of the United Steelworkers union.

Later, he joined the British multinational oil and gas company, BP in the North Slope oil fields of Alaska. He spent 18 years of his career in the company. At the time, he was the production supervisor of the company.

In 2007, he left the company when a conflict of interest arises due to the position of his wife, Sarah as governor.

The main reason behind it was the natural gas pipeline negotiations with Sarah’s administration and his employer.

Seven months after that, he rejoined the company due to his family income. To avoid the previous conflict, he avoided the management position and became the production operator.

Later, on the 18th of September 2009, he resigned from the company to spend quality time with his family.

Currently, he is pursuing his career as a commercial salmon fisherman at Bristol Bay.

As of 2022, he has an estimated net worth of $12 million. His net worth includes his own aircraft, Piper PA-18 Super Cub.

His average earnings as an oil field production operator are in the range of $74k or above.

Besides that, as a commercial fisherman, his earnings range from $28k to $81k.

Todd Palin is a blue-eyed brunette. His height is 5 feet 8 inches and weighs around 78 kg.

Back in 2008, he had been in the headlines of the news. At the time, he was involved in the case regarding the firing of commissioner Walt Monegan and Alaska State trooper, Mike Wooten.

Also, he and his private investigator prepared some information about the case.

Later, on the 12th of September 2008, he was summoned by the Alaska legislature subpoena to clarify his role in the event.

On the 18th of September, his campaign told that he will not be testifying in the case. Also, he believed the investigation is not legitimate.

You may also read the bio of Hannah Beth King, Aaron Goodwin, and John Carchietta.