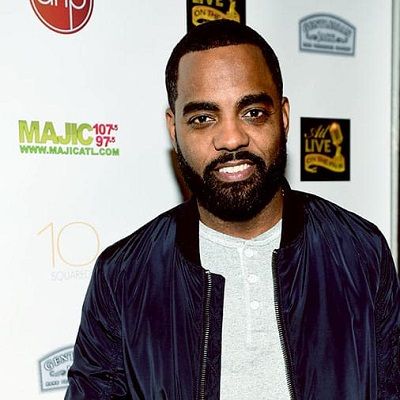 Todd Tucker is a married man. His fame rises as he started to date a TV personality, Kandi Burruss. From 2011, this couple’s relationship was started. After this, they often spent time together.

Then on April 4, 2014, Todd and Kandi exchanged vows in front of their 350 guests. The ceremony was held in a family-owned event space. The groom was seen wearing a white tuxedo with an orchid and feathers at his lapel. Whereas the bride wore a custom trumpet-style gown featuring an illusion neckline and sleeves. It consists of hand-sewn beads and crystals, feathers, and a 12-foot train.

Their child, a son Ace Wells Tucker was born on 6 Jan 2016. Besides this, Todd also has a daughter from his previous relationship. Her name is Kaela.

On 22 Nov 2019, this couple again blessed with another child, a son. But the child was born through a surrogate mother. They named him Blaze Tucker.

Who is Todd Tucker?

Todd Tucker is an American production coordinator plus manager. He was seen in series like Run’s House and The Real Housewives of Atlanta.

His mother’s name was Sharon and his father’s name is not disclosed. His siblings’ identities are also not revealed.

He hasn’t shared any details about his school or university.

Todd Tucker is a popular face of the entertainment industry. He has worked on several TV shows. From 2005-2008, he was related to TV series Run’s House as a production coordinator.

He joined The Real Housewives of Atlanta series but as a production manager. Later, he also appeared in the show as Kandi’s husband.

His other projects are Oprah Behind the Scenes S25, The Truth with Jeff Johnson, Heart of the City, and Hip Hop vs America II: Where Did the Love Go?

As a producer, Todd produced shows like BET News and Hollywood Divas.

In 2019, Todd was thrown out from the show The Real Housewives of Atlanta. As he called the show trash. The video was uploaded in April 2019 on YouTube.

They both are the owner of a restaurant Old Lady Gang, in Georgia, Atlanta, US.

Regarding Todd Tucker’s body features, he has dark brown eyes and black hair.

He stands with a height of 5 ft 7 inches and average body weight.

Todd Tucker is very popular on Instagram and has around 1.2 million followers with over 2k posts.