Todd is married to Kari Wagner, who is a noted artist. It is not clear how long they dated or got married. The couple has a healthy son whose name is still unknown. 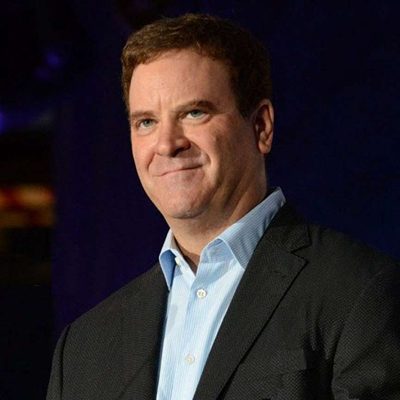 "Don't confuse what FEELS right, for what IS right."

"Truth sounds like hate to those who hate the truth"

Who is Todd Wagner?

Todd Wagner is an American entrepreneur, known for being the co-founder of Broadcast.com.

Todd Wagner is also the founder and chairman of the Charity network as well as owns several entertainment properties with Mark Cuban.

Todd is known for his companies name, 2929 Entertainment, Todd Wagner Foundation, etc. He has also executive produced many films.

Wagner was born on August 2, 1960, in Gary, Indiana, The United States. We were not able to find out about his parents and also about his childhood as he is private about his personal life.

As his life is private we were not able to find any information about his childhood and his education then.

Wagner started his career with combined efforts with Mark Cuban, who launched the company Broadcasting.com.

The company was founded in 1995 with him as CEO, and named in 1998. Before working with Mark, Todd was in his own business in the late 80s.

The company grew massively and was sold to Yahoo at an amazing cost of $5.7 billion.

Todd declined an offer to become Yahoo’s Chief Operating Officer after being appointed as leader in Yahoo Broadcast until May 2000.

Todd also has a stake in Dallas Mavericks and also holds interest in The Weinstein Company as well as in Lions Gate Entertainment.

He is also the founder of Content Partners LLC, and Charity Network. He is also a member of the Board of Trustees of the American Film Institute.

In 2002, the Center for Nonprofit Management named Todd Wagner as the Social Entrepreneur of the year, and the following year the Urban League of Greater Dallas honored him for his contribution to philanthropy.

In 2006, Todd won the Tribute Award at the Gotham Awards along with Mark Cuban. The same year, he won the Visionary Award from National Five Star.

Wagner is the founder and owner of many companies. It is not clear how much is his salary but he is one of the American Billionaires with a whopping net worth of 1.9 billion dollars.

There were rumors about Todd dating Karl or not, but after their marriage, it is cleared now. As he is not social about his personal lifestyle, we were not able to find anything more.

Wagner has gray eyes and black hair. But about his body measurement, it’s not clear about his height and weight.

Todd is the founder of a charity organization, and many people follow him for his works.

We were unable to find any of his social links, because of his private personal life. You can find his foundation here: toddwagnerfoundation