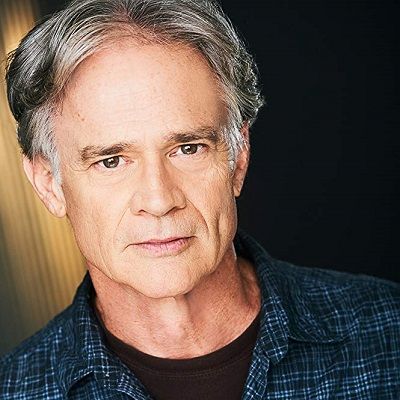 Todd Waring’s relationship is married. He married an actress and director, Eve Gordon on 14 Nov 1987, in the Episcopal Church of the Heavenly Rest in Manhattan.

Their wedding was officiated by The Rev. C. Hugh Hildesley.

Who is Todd Waring?

Todd Waring is an American actor and producer. He replaced Tom Hank in the TV version of Nothing in Common and Splash, Too.

He is the son of Douglas Waring, father and Gretchen Schoonmaker Waring, mother.

He started his career form 1981. Then his first screen appearance was in the year 1986 with a comedy TV series Nothing in Common. In it instead of Tom Hank, Todd was selected to play the character of David Basner.

Then in 1988, again Todd has replaced Tom in the TV version of the movie Splash, Too. This TV show was also about fantasy-comedy and Todd played the role of Allen Bauer.

After this, Todd Waring appeared in many TV series and films but in minor roles. Some of them are The Stiller and Meara Show, Wings and Star Trek: Deep Space Nine.

Besides this, in 2012 and 2016, Todd appeared in an episode of American Crime Story and Scandal respectively. Then he was seen in Chasing’s (2014) Life for nine episodes.

Todd’s net worth is around $1 million. His earnings are from his long acting career.