Tom Bradby is a British journalist and novelist. He currently presents the News at Ten and The Agenda with Tom Bradby. He is a married man and has three children. 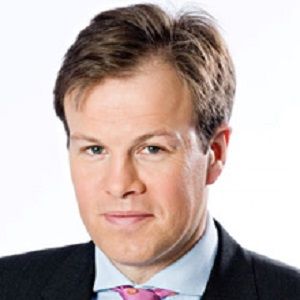 Life is one test of integrity after another and many of them are not immediately obvious.

Losing people you love brings your own mortality to the fore.

Tom Bradby is a married woman. He was married to Claudia Hill-Norton in 1994. The couple is together since their marriage without any rumors of divorce.

Bradby married life has been blessed with three children- Jack, Louisa, and Sam. Claudia is a jewelry designer. His wife and his family currently reside in Stockbridge, Georgia, United States.

Who is Tom Bradby?

Tom Bradby is a famous British journalist and a novelist who is well-known as the previous Political Editor for ITV News and also quite recognized as the current presence of News at Ten.

He is also the host of his own popular series, The Agenda with Tom Bradby. Before becoming a successful television presenter.

Tom was born on 13th January 1967, in Malta. His full name is Thomas Matthew Bradby. After spending a few years in Gibraltar, his family moved to Britain and settled there. His father was in the Royal Navy.

His family used to wander a bit. His mother also believed very strongly that she should try and do everything possible to see his father, even if he was traveling the world on a ship.

He traveled after school and through university and then a huge amount as a foreign correspondent.

Tom received his education at the Westbourne House School, Sherborne School, and the University of Edinburgh.

Tom Bradby first joined ITN in 1990 as an editorial trainee. He was made ITV’s Asia correspondent and served the post from 1999 to 2001. He then began working as a royal correspondent and eventually became a UK editor and then a political editor in 2005.

He now works as a presenter rather than a reporter and has been hosting his own television series, The Agenda since 2012. He is also the main newscaster of the flagship News at Ten and has been holding the position since October 2015.

Bradby has also established himself as a successful novelist. He published his first book titled, Shadow Dancer, in 1998. The novel was even adapted by Bradby into a film of the same name and featured the cast of Clive Owen and Andrea Riseborough. The film was released at the 2012 Sundance Film Festival.

His books are The Sleep of the Dead, The Master of Rain, The White Russian, The God of Chaos, and Blood Money.

Tom’s net worth is estimated to be  $11million  and is accumulated from his career as a journalist and a television presenter. The success of his books has also earned him a great fortune.

However, his actual salary and net worth in figures have not been disclosed publicly.

Tom Bradby is was heard to be collaborating with the BBC on a remake of the 1985 conspiracy thriller Defence Of The Realm in 2011. The film tells the story of a government conspiracy over a secret US Air Force base in the UK. The hero, played by Byrne, is a journalist who uncovers the plot after the murder of his colleague, played by Elliot, who won a Bafta for his performance.

On asking about the pet hate that makes his hackles rise, He happened to reply “Rudeness, especially on social media”.

He got arrested for shoplifting aged nine. His mom saved him from the police station and. That was the end of his life of crime.

He has short brown hair and brown eyes. His height is 7 ft 5 inch and his weight is 102 kg.