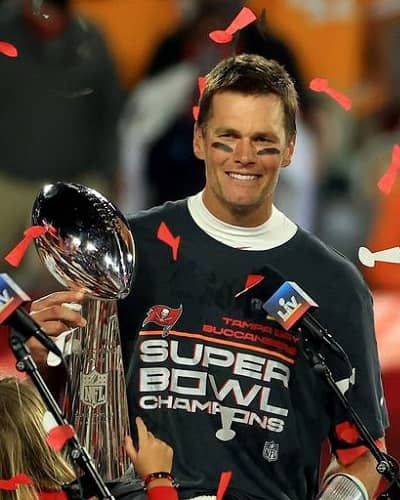 Tampa Bay Buccaneers took the trophy home in the Super Bowl LV against Kansas City Chiefs with a score of 31-9 on 7th February 2021 at Raymond James Stadium in Tampa, Florida.

Tom Brady won the Super Bowl at the age of 43 in his first year with Tampa Bay Buccaneers. Likewise, Tom Brady made history by being part of the first team to appear in a Super Bowl in its home stadium.

Brady has won Seventh Super Bowl which includes XXXVI, XXXVIII, XXXIX, XLIX, LI, LIII, and LV. He was also named the Super Bowl MVP which makes his 5th time to hold the record. He became the oldest player to become MVP and win a Super Bowl at the age of 43.

American actress Elizabeth Banks who is known for The Hunger Games congratulated Tom Brady through her Twitter writing that she won $10 from her kids.

Nick Jonas was a supporter of Patrick Mahomes but was happy for Tom’s victory. He congratulated Tom and the whole team for winning.

Also read Tom Brady was shocked when son Benjamin, 9 showed no inclination towards sports! Know what happened next!

Tom Brady is an American footballer who plays as a quarterback for the New England Patriots of the National Football League (NFL).

He is the only quarterback to win seven Super Bowls and the only player to win them all playing for one team. 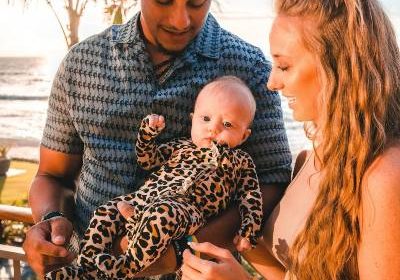 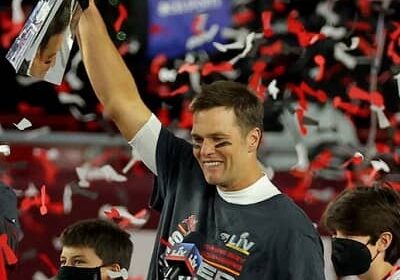