Tom Cole is the U.S. Representative for Oklahoma's 4th congressional District serving since 2003. Politician Tom Cole is married and a father of one.

Together they have a son, Mason. Their son Mason Cole is a member of the United Methodist Church and lives in Moore. 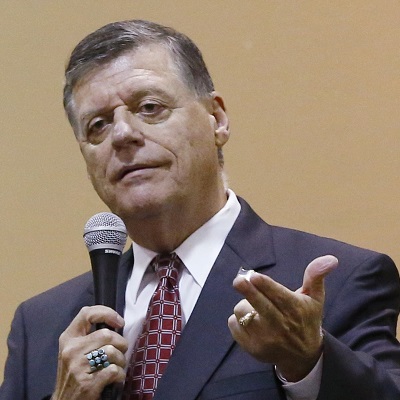 "I was raised to think of myself as Native American and, most importantly, as Chickasaw."

Who is Tom Cole?

Tom Cole is the U.S. Representative for Oklahoma’s 4th congressional District serving since 2003. And is also a member of the Republican party. serving as Deputy Minority Whip.

Tom Cole was a member of the Chickasaw Nation and is one of only four registered Native Americans.

He was the chairman of the National Republican Congressional Committee(NRCC) from 2006 to 2008.

Tom Cole was born Thomas Jeffery Cole on 28 April 1949, in Shreveport, Louisiana, U.S. He is the son of Helen Cole.

Tom Cole graduated from Grinnell College with B.A. and his postgraduate degrees include an M.A. from Yale University in 1984. also a Ph.D. from the University of Oklahoma in 1984.

Cole’s Ph.D. thesis was entitled Life and Labor in the Isle of Dogs: The Origins and Evolution of an East London Working- Class community, 1800-1980.

Cole was a researcher as a Thomas J Waston Fellow and was a Fulbright Fellow at the University of London during 1978-1978. He was a college professor in history and politics before becoming a politician.

He was a college professor in history and politics before becoming a politician. Cole served in the Oklahoma Senate from 1988 to 1991, becoming Executive Director of the National Republican Congressional Committee.

From 1995 to 1999, he was Oklahoma’s Secretary of State under Governor Frank Keating and assisted with the recovery efforts following the 1995 Oklahoma City bombing.

Tom also served as Chairman of the Oklahoma Republican City for much of the 1980s.

Cole is involved in national politics as well, having served both as Executive Director of the NRCC and as Chief of Staff of the Republican National Committee.

Cole spent two years working as a paid consultant for the United States Chamber of Commerce.

He won a hard-fought in the general election over Democratic nominee and former Oklahoma State Senator Darryl Roberts, taking 53.8 percent of the vote to Roberts’ 46.1 percent.

Cole has never faced a contest anywhere that close and has been re-elected eight times. The Democrats didn’t even put up a candidate in 2004 and 2010.

Cole is featured in the play silver of a Full Moon by Mary Kathryn Nagle for his role in the re-authorization of the Violence Against Woman Act in 2013.

Cole has consistently vetoed anti-abortion and pro-business positions and established himself as a supporter of free trade, gun rights, the military, veterans, and American-Native American issues.

In 2013, Cole introduced the Home School Equity Act for Tax Relief and was also responsible for introducing the Legislative Branch appropriation Act,2015.

In 2018 Cole expressed his intentions to push his Labor  Sovereignty Act into the spending bill as an omnibus.

Cole supported President Donald Trump’s 2017 executive order to impose a temporary ban on entry to the U.S. for citizens of seven Muslim-majority countries.