Tom Cullen is an actor and director who was on Downtown Abbey. R 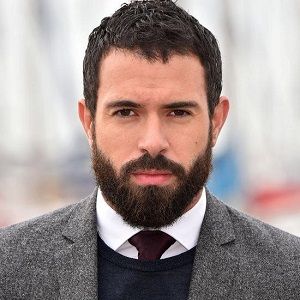 The 32-year-old Welsh actor is an unmarried man.

Currently, he is in a beautiful relationship with his longtime girlfriend Tatiana Maslany. Since 2011 the couple has been in a relationship. Tatiana is a Canadian actress.

Since their relationship began, they have maintained a perfect relationship between them and never been into an affair. Furthermore, the gorgeous pair has been spotted several times in the public and media.

Currently, Tom and Tatiana are enjoying their company and living elegantly.

Who is Tom Cullen?

Tom Cullen is a Welsh actor and director. He stole the limelight from the 2011 critically acclaimed movie Weekend followed by the TV series Downtown Abbey. R

ecently, he has appeared in a couple of hit TV series such as Orphan Black, Knightfall, and Gunpowder.

So far, Tom has won the British Independent Film Award in the category of Most Promising Newcomer for Weekend. Additionally, the Welsh actor has also received Screen Actors Guild Award for Downtown Abbey.

Tom was born on 17 July 1985, in Aberystwyth, United Kingdom. He grew up in Llandrindod Wells and later in Cardiff. Furthermore, he is the son of an Irish father and an English mother.

Talking about his nationality, he is Welsh by nationality and his ethnicity is mixed.  He has two siblings Joseph Cullen and Ruth Cullen.

Initially, in his childhood, he had a keen interest in music and also began to learn from a very early age. Moving towards his education, Tom attended the Central School of Speech and Drama.

Later, he completed his graduation from the Royal Welsh College of Music and Drama in 2009 with a First Class Honours degree in Acting.

Tom began his career from the 2006 movie Cravings as Jason. Later in 2008, he again appeared on the Watch Me, which won the BAFTA Cymru for Best Short Film.

Soon after that, he received many offers from various movies and featured in 20 Questions, Balance, and a few more. In 2011, he got huge recognition after appearing in the Weekend as Russell.

His role got huge appreciation and eventually won a British Independent Film Award. Furthermore, he has also acted in several movies which include The Last Days on Mars, The Other Half, Trial, A Hundred Streets, and a few more.

Besides his films, Tom has also appeared in various TV series such as Pen Talar, Black Mirror, World Without End, and much more.

In the 2013-14 series Downtown Abbey, he had a recurring role as Mary Crawley’s suitor Anthony Foyle. Recently, he has also been appearing in a couple of TV series which consist of Orphan Black, Knightfall, and Gunpowder.

Being an award-winning actor, Tom earns a handsome amount of money from his profession. However, his salary and net worth are unknown.

As of now, Tom has won the British Independent Film Award in the category of Most Promising Newcomer for Weekend. In addition, he has also received Screen Actors Guild Award for Downtown Abbey.

So far, there are not any drastic rumors regarding his personal and professional life. Furthermore, he has never faced any controversy in his career. It seems he has a full concentration on his work rather than stuck in any controversy.

Tom has a towering height of 6 ft 1 inch and weighs 83 kg. Furthermore, he has brown eyes and black hair. Moving towards his other body measurements, the Welsh actor has 43 inches chest, 14.5 inches arms, and 33 inches waist.