Tom Glavine is an American retired professional baseball player. He is married to Carrie Ann Dobbins and is the father of one son. 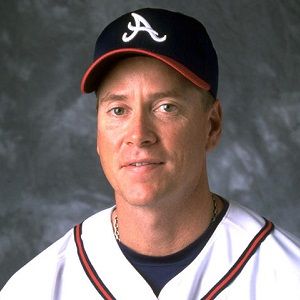 Tom Glavine is a married man. His first marriage was with Carrie Ann Dobbins. They married in the year 1992. They have a son named Amber Nicole. But their marriage didn’t last long and they divorced in 1997.

Similarly, he again married his girlfriend Christine Glavine in the year 1998. They have four children named Jonathan, Mason, Kienan, and Peyton.

His wife had a son in her first marriage and he was Jonathan whereas their child Kienan was adopted.

Who is Tom Glavine?

Thomas Michael Glavine known as Tom Glavine is an American retired professional baseball player. He is known for playing in Major League Baseball for the Atlanta Braves and New York Mets.

Similarly, he was the MVP of the 1995 World Series as the Braves beat the Cleveland Indians. Likewise, he earned the second-highest number of wins as a pitcher in the National League.

He was born on March 25, 1966, in Concord, Massachusetts. Similarly, he is the son of Fred Glavine and Mildred Glavine.

He grew up along with his three siblings Mike Glavine, Debbie Glavine, and Fred Glavine.

Likewise, he belongs to American nationality and his ethnicity is mixed of English, Eastern European, and Irish.

Talking about his education, he graduated from Billerica Memorial High School where he played for his high school baseball team.

With 164 victories during the 1990s, he earned the second-highest number of wins as a pitcher in the National League, second only to teammate Greg Maddux’s 176. Similarly, he was a five-time 20-game winner and two-time Cy Young Award winner, and one of only 24 pitchers (and just 6 left-handers) in major league history to earn 300 career wins.

Likewise, on January 8, 2014, Tom was elected to the Baseball Hall of Fame, in his first year of eligibility receiving 91.9% of the votes cast. He also played ice hockey alongside baseball. Moreover, he was drafted by the Los Angeles Kings in the 1984 NHL Entry Draft, after scoring 47 goals and 47 assists in 23 high school games.

Similarly, on February 11, 2010, he officially retired from the sport. Further, he took a job as a special assistant to Braves president John Schuerholz starting in the 2010 season and further serve as a guest analyst for some Braves games on SportSouth and Fox Sports South.

Likewise, he won 5-time National League leader in wins and 4-time Silver Slugger. He holds the major league record for career starts without making an appearance in relief (682).

He has an estimated net worth of $80 million. Similarly, he has an average salary of$1 million dollars annually, working as a special assistant to the Braves president. Similarly, he has made earnings of $129 million from his entire baseball career. He signed a 4-year contract with New York Mets for $42.5 million.

Likewise, he returned to the Braves where he earned $8 million with a 1-year contract. Also, the last contract of his career was worth $1 million with the Braves in the year 2009 that also included $3.5 million in possible bonuses based on roster time.

Furthermore, his personal assets include a Home in Johns Creek, Georgia.

There are no big rumors and controversy about this former baseball player.

Tom Glavine has a height of 6 feet and weighs around 93 kg. Similarly, his hair color is salt and pepper and he has green color eyes.

You may also like to read Matt Franco, Javier Lopez, and Christian Yelich.