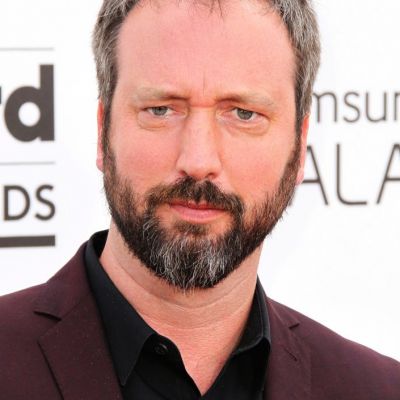 What is the relationship of Tom Green?

Talking about his relationship details, Tom Green is presently single and he is not dating anyone at the moment. He seems to be focused on his career and professional life.

Previously, Tom was married to popular actress Drew Barrymore. The former couple tied the knot on 7 July 2001. But, Tom filed for divorce in December 2001 and finally separated on 15 October 2002.

Since their separation, Tom and Drew met and spoke for the first time in fifteen years on 25 September 2020 when Green was a guest on Barrymore’s eponymous talk show.

Who is Tom Green?

Tom Green is a well-recognized Canadian comedian, actor, filmmaker, and rapper. Green is widely famed for shock comedy, he found mainstream prominence via his MTV show, The Tom Green Show(1994-2000).

Moreover, he has also featured in the Hollywood films Road Trip(2000), Charlie’s Angels, Freddy Got Fingered, Stealing Harvard, and Shred.

Tom Green was born on 30 July 1971 At present, he is 51 years young star. Likewise, his birthplace is Pembroke, Ontario, Canada.

Tom is the son of his father, Richard Green whereas his mother is Mary Jane. Moreover, he has a brother as well.

Talking about his nationality, Green holds a Canadian identity whereas his ethnicity is English.

After that, he completed his graduation from Algonquin College in television broadcasting.

Moreover, Green’s show was then picked up by MTV in January 1999 and he gained high success in the United States. His show was famous for Green’s version of shock humor.

His notable skits include pretending to “hump” a dead moose, having an X-rated lesbian scene painted on his father’s car, and so on.

The comedian soon got fame and earned roles in different Hollywood movies, such as Road Trip, Charlie’s Angels, Freddy Got Fingered and Stealing Harvard. Later, in 2002, Green featured in and directed a one-hour MTV special named The Tom Green Show.

However, in September 2003, the show was canceled by MTV eleven-week after its premiere due to low ratings.

Freshly, in 2010, Tom performed in Belleville, Ontario at the Empire Theatre with his parents and brother in attendance. He also performed stand-up comedy at the Gathering of the Juggalos.

In 2015, he started broadcasting from a studio in Los Angeles through the live streaming service on his YouTube channel.

A famed Canadian talented personality, Tom Green has earned a handsome amount of money from his profession. He lives a quality lifestyle along with his family.

Tom has never been part of any controversial matter or rumors till now. The star has been preoccupied with his professional and private life.

It seems that Green prefers enjoying his personal life and does not want to merge it with his professional life.

50 years young star, Tom Green has handsome looks and an admirable personality. He stands at a height of 6 feet 3inches. Also, he has a balanced body weight of 83kg.

Furthermore, Green has blue eyes whereas his hair is black-white.

Regarding his social media presence, Tom Green is an active personality on social media. Tom has more than 501k followers on his official Instagram account @tomgreen.

He is also active on Twitter with around 325.6k followers. The comedian has more than 307k subscribers on his official self-titled YouTube channel.

Moreover, Green is also available on Facebook with nearly 249k fans and supporters.

What is Tom Brady’s Net Worth? How Much does Tom Brady has right now?

Kaley Cuoco and Tom Pelphrey Walked in Style Marking Their Red Carpet Debut as Couple at the Emmys!