Tom Hanks is an actor and filmmaker who was in Philadelphia and Forrest Gump. He is married.

Tom Hanks has been married twice in his life.

He is married to Rita Wilson on 30 April 1988. Rita is an American actress. The couple together has two sons named Chester Marlon Hanks and Truman Theodore. Hanks and Rita have been married for over 29 years now and their relationship is going very well.

His first wife was actress Samantha Lewes. The couple got married on 24 January 1978. They together had two children named Colin Hanks and Elizabeth Hanks. Tom and Samantha divorced in 1987.

Reported were that the couple has been diagnosed with the deadly coronavirus on 11th March 2020 in Australia according to the sources. The couple had a checkup after they had tiredness, body aches, chills, and slight fevers, the couple decided to get tested, and the results came back positive.

They have not updated after that. Their son Chet said that they are fine. 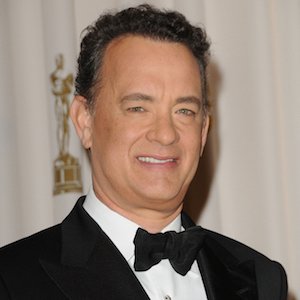 If you're funny, if there's something that makes you laugh, then every day's going to be okay.

My wife keeps on telling me my worst fault is that I keep things to myself and appear relaxed. But I am really in a room in my own head and not hearing a thing anyone is saying.

Who is Tom Hanks?

Tom Hanks is an American actor and filmmaker. He is a legendary actor who won back-to-back Academy Awards for Best Actor for his roles in Philadelphia in 1993 and Forrest Gump in 1994.

He is also famous for starring in several classic movies including Cast Away, The Green Mile, Saving Private Ryan, and Apollo 13. In 2016, he received a Presidential Medal of Freedom from President Barack Obama. That same year, he also received the French Legion of Honor.

He is the son of Janet Marylyn, a hospital worker, and Amos Mefford Hanks, a traveling cook. His mother died in 2016. Hanks’ parents divorced in 1960.

He has three elder siblings and a younger brother. His nationality is American and he is of English, Cornish, German, and Portuguese ethnicity.

He attended Skyline High School in Oakland, California. After that, he studied theater at Chabot College in Hayward, California. Later, he transferred to California State University, Sacramento.

He later dropped out of college to focus on acting. Time Magazine named him one of the ‘Top 10 College Dropouts’.

Tom began his acting career while he was in college. In 1978, he played Proteus in Shakespeare’s The Two Gentlemen of Verona. He won the Cleveland Critics Circle Award for Best Actor for his role in the play.

In 1979, Hanks moved to New York City. After that, he made his film debut in the low-budget film He Knows You’re Alone (1980). Then, he landed a starring role in the television movie Mazes and Monsters.

Since then, he has appeared in numerous movies and films. Hanks made his directing debut with his 1996 film That Thing You Do! He also produced, co-wrote, and co-directed the HBO docudrama From the Earth to the Moon.

In 2001, Hanks helped direct and produce the Emmy-Award-winning HBO miniseries Band of Brothers.

In 2004, he received the Stanley Kubrick Britannia Award for Excellence in Film from the British Academy of Film and Television Arts (BAFTA). In 2014, he received a Kennedy Center Honor.

After that, he received a Presidential Medal of Freedom from President Barack Obama in 2016. He recently co-starred alongside Emma Watson in the 2017 science-fiction drama The Circle.

Tom is one of the highest-paid actors in Hollywood. He has a net worth that is estimated to be $400 Million as of 2022. He charged $50 million for Angel’s & Demons’ sequel.

Famous Hollywood star Tom Hanks has been criticized few times in his career for being racist over fans and his co-stars. In 2016, there were divorce rumors related to his marriage.

There have been many fake stories printed in glossy magazines related to his personal life and he has also gone on to sue those tabloids. His secret vacation with Barack Obama created quite a stir.

Tom Hanks weighs 78 kg and has a height of 6 feet. He has brown hair and blue eyes. His shoe size is 11.