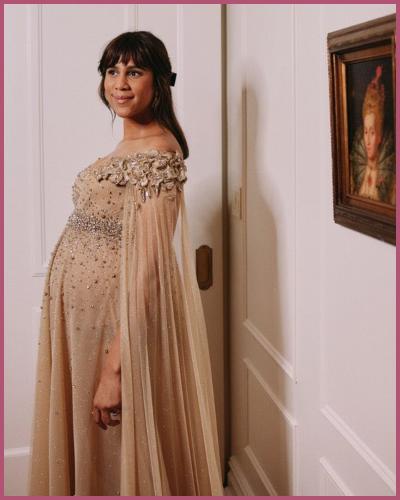 Tom Hiddleston, 41, and Zawe Ashton, 37 are all ready for their upcoming parenthood journey!

Zawe Ashton is on her way to welcoming her first baby with her fiance Tom Hiddleston, another famous English actor. So, is Ashton ready to gear up for being a mother and nurturing her kids?

The news of her pregnancy only broke out on June 29, 2022, when she went on the red carpet premiere of Mr. Malcolm’s List, in NY.  Her baby bump was evident then only which carries her Betrayal play co-star Hiddleston’s baby.

Pregnant Ashton donned in a stunning bead-embellished tulle gown by Sabina Bilenko Couture, while everyone noticed her baby bump on Wednesday.

Tom Hiddleston is the fiance of Zawe Ashton who got engaged three years after starring in the Broadway play Betrayal together (2019).

The low-key couple together attended the 75th British Academy Film (BAFTAs) over the weekend on 13 March 2022 where her engagement ring was evident.

The couple after dating first made their romance red-carpet official back in September 2021 at the 74th Annual Tony Awards. Meanwhile, the info on their exact romance click date is missing.

Who is Zawe Ashton?

There was an announcement that Zawe will be joining the Marvel Cinematic Universe as a villain in The Marvels (2023). Is there any chance of changing the plan amidst her pregnancy? Read more bio…

Who is Tom Hiddleston?

Tom Hiddleston is an English actor whose eminent skills are showcased through his character portrayer in the Marvel Universe films. From Thor in 2011 to Loki in 2021, he has never failed to surprise his audience.

Hiddleston is starring in the Netflix political thriller series White Stork. He is also one of the casts of the  Apple TV+ drama series The Essex Serpent, by Sarah Perry.  Read more bio…

Also, read Tom Hiddleston and Zawe Ashton Engaged! When are they getting Married? 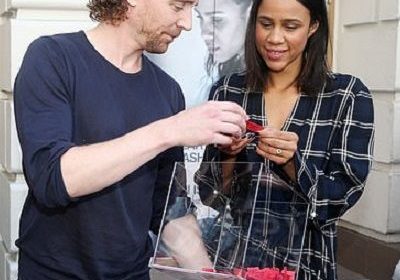