Hopper is widely famed as Sir Percival in merlin. 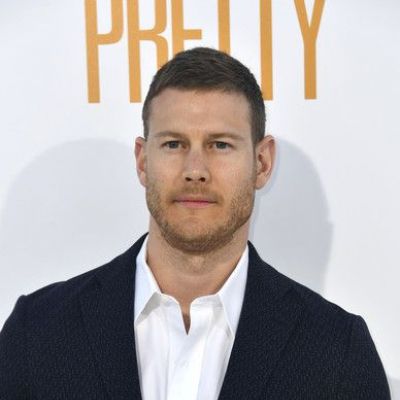 What is the relationship of Tom Hopper?

Talking about his relationship details, Tom Hopper is happily living a married life with his longtime partner, Laura Hopper.

Laura is also an actress by profession and has featured with Tom in some movies and events.

The couple tied the knot on 7 June 2014 with the involvement of their close friends and relatives.

Moreover, they have two children a son, Freddie Douglas, and a daughter, Truly Rose.

Tom lives happily with his family without any complications.

Who is Tom Hopper?

Tom Hopper is a well-recognized English actor and television personality.

Hopper is widely famed as Sir Percival in merlin, Billy Bones in Black Sails, Dickon Tarly in Game of Thrones, and Luther Hargreeves in The Umbrella Academy.

Moreover, he has also appeared in many television series Games of Thrones, The Umbrella Academy, and Robot Chicken.

Tom Hopper was born on 28 January 1985. At present, he is 37 years young star. Likewise, his birthplace is Coalville, Leicestershire, England.

Tom is the son of his father, Richard Hopper and his mother is Meredith Jean. Moreover, he has two brothers Ben Hopper and Jack Hopper, and a sister, Emily Hopper.

Talking about his nationality, Hopper holds a British identity whereas his ethnicity is English, and Irish.

Regarding education, the actor attended Newbridge High School and Ashby School. The actor enrolled in a drama class and featured in a production of the musical Return to the Forbidden Planet.

Initially, Tom performed in As You Like It at the Watford Palace Theatre and has featured in different television programs and films including Saxon, Casualty, Kingdom, and Doctors.

He also featured in the role of Marcus in the comedy-horror film, Tormented about a bullied teenager who comes back from the dead.

Moreover, Hopper also portrayed the role in an episode of Doctor Who in 2010. He then performed the role of Sir Percival in the BBC series Merlin.

The star joined the series in the third season in 2010 and was a regular for the next two seasons.

He also joined Good Cop in 2012 and next year, copper featured in Cold.

In 2016, Tom performed in the thriller Kill Ratio

A famed star, Hopper has earned a handsome amount of money from his profession. He lives a lavish lifestyle along with his family.

As per celebrity net worth, Tom Hopper has an estimated net worth of $5million.

However, – has not disclosed his exact salary, earnings, and assets details till now.

Tom has never been part of any controversial matter or rumors till now.

The star has been preoccupied with his professional and private life.

It seems that Hopper prefers enjoying his personal life and does not want to merge it with his professional life.

He stands at a height of 6feet 4inches. Also, he has a balanced body weight of 90 kg.

Furthermore, Hopper has blue eyes whereas his hair is blonde.

Regarding his social media presence, Tom Hopper is an active personality on social media. Tom has more than 1.7 million followers on his official Instagram account @tom.hopperhops.

He is also active on Twitter with around 118.9k followers.

Moreover, Hopper is also available on Facebook with nearly 2.8k fans and supporters.

Greenpeace activists block the gates to the office of the oil company BP in Central London!