Tom Kenny is an American actor, comedian famous as the voice of SpongeBob SquarePants. Tom Kenny is currently married to Jill Talley since 1995 with two children. 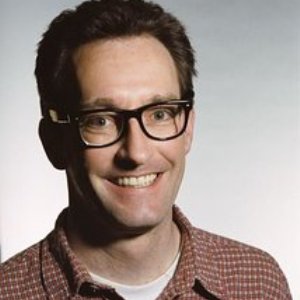 I was a class clown's writer.

I seem to voice a lot of sweet, kind of dumb yellow characters for some reason.

You have to remember we're just performers, that we seldom have any kind of grasp on real life.

Tom Kenny is married to Jill Talley. Jill is an American actress. The couple wed in 1995 and are living a happy life with two children Mack Kenny and Nora Kenny.

Tom Kenny and Jill Talley met each other when they were working for ‘The Edge’ and came even closer during their times at ‘HBO’s Mr. Show’ and ‘SpongeBob SquarePants’. Now, they are a happily married couple.

Talking about the past relationship of Tom Kenny, there is no information about the love affairs of Tom before being engaged with Jill Talley. Therefore, Tom Kenny is a married man with no sign of divorce with his loving wife Jill.

Who is Tom Kenny?

Tom Kenny is an Emmy award-winning American actor, voice actor, and a comedian who is eminent for his work as a voice actor in the TV series and films ‘SpongeBob SquarePants’ and also for working as a voice actor in some of the films like ‘Rocko’s Modern’, ‘LifeAdventure Time’, ‘The Powerpuff Girls’ and many others.

Born to Theresa Bridget and Paul Austin Kenny in Syracuse, New York, United States of America during the year 1962, Tom Kenny was raised in the same place where he was born.

His ethnicity is mixed(Irish, Danish, French-Canadian).

Even though Tom Kenny is an actor and a voice actor, he was interested in drawing and collecting records since he was a child.

Talking about the educational background of Tom Kenny, he attended the Catholic high school, Bishop Grimes High School along with a famous comedian Bobcat Goldthwait.

After meeting Bobcat Goldthwait in the Bishop Grimes High School, he got the opportunity to start his career as a stand-up Comedian and then, made his debut in the television show ‘How I Got Into College’ along with his appearance in the fourth season of ‘The Haunting Hour’.

Firstly he was auditioned by Kenny for a casting call in Los Angeles, California, and kept up his contribution to the field of voice acting with some of the voice acting including Dog in ‘CatDog’, The Penguin in TV series ‘The Batman’, Common Cold and Mr. Wink in ‘Codename Kids Next Door, The Ice King and Magic Man on ‘Adventure Time. Among all of his voices, his breakout role was of SpongeBob in the ‘SpongeBob’ series and films for which he received the ‘Annie Award’.

As the voice of Spongebob Squarepants, he has accumulated a gross sum of money.

Once there was a rumor that Tom Kenny, the SpongeBob voice actor, was dead but, through some media, it was confirmed that Kenny is not dead and is still working as a voice actor in the Hollywood Film Industry.

He has a height of 5 feet 11 inches and weighs 80 kg. He has dark brown hair and blue eyes.