Tom Kilbey is having an affair with Molly Ann Abbott. Both are seen together in public places and they look very cute together as well.

He was involved in a relationship with his sister’s best friend Billi Mucklow. The relationship, however, didn’t last long and ended in a few months. He then started dating cast member Lydia Bright. The pair dated for about a year before calling it off. 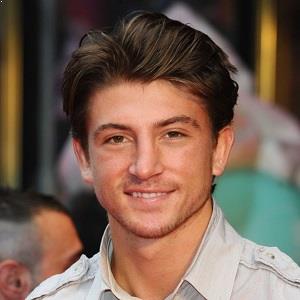 Who is Tom Kilbey?

Tom Kilbey is an English TV personality. He has also played professional football for Portsmouth F.C, Millwall, and other English clubs.

He featured in series 4-7 of the ITV2 television show ‘The Only Way Is Essex’ along with his sister Cara.

Tom was born on 19 October 1990 in Leytonstone, England. He belongs to an English ethnic background and his nationality is British.

He grew up in East London and has a sister named Cara Kilbey. Details regarding his parent’s information cannot be found at the moment.

He attended Forest School and his later educational background is missing.

Tom Kilbey started as a footballer for Millwall from the age of 15.  He made his first-team debut against Swansea City in September 2007 at the age of 16 in the Football League Trophy in a defensive midfield role. In the same year, he signed a contract with Portsmouth for an undisclosed fee and started off in the academy side before moving into the reserve team.

He joined Dagenham & Redbridge on a month’s loan and signed a one-year extension with Portsmouth in 2009. In May 2011, he was told that he would not be renewed thus he left the club. He also played for the league two teams Lincoln City where he was loaned on 24 March 2011.

After his career in the football business, Tom joined TOWIE in the fourth series which aired in January 2012. He was part of the show until October 2012.

Tom’s shift in career from a professional footballer to an actor for a reality TV show was a bold move that turned out to be a fruitful one.

He was loved and admired on the show and his relationship with his sister’s best friend Billi Mucklow was loved by the show’s longtime fans. He is currently working on a career in fashion.

There is no information regarding his salary and his estimated net worth is $1.5 million.

Tom and Michael Jackson’s daughter Paris Jackson is rumored to be dating. The pair have been spotted together on numerous occasions. Whether they are dating or not has not been confirmed as of yet.  He has not been involved in any notable controversies as of now.

Tom Kilbey has a height of 6 feet 2 inches and has a decent weight. He has dark brown hair and brown eyes.