Tom Monaghan is the founder of the popular brand, Domino's Pizza.

Talking about his relationship details, Tom Monaghan is happily married to his longtime partner, Marjorie Zybach. The couple tied the knot in 1962 and are blessed with four children.

Their children are Barbara Monaghan, Susan Monaghan, Mary Monaghan, and Margaret Monaghan. Other than that, Tom has been secretive about his relationship details. 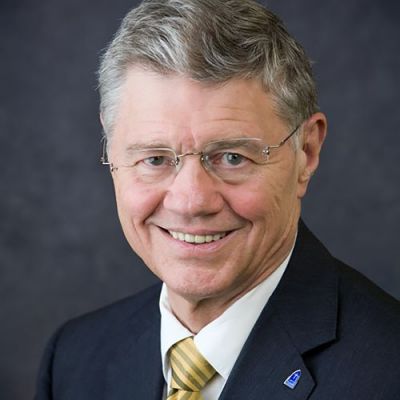 Who is Tom Monaghan?

Tom Monaghan is a well-recognized American entrepreneur and businessman. Tom Monaghan is the founder of the popular brand, Domino’s Pizza. He founded the brand in 1960 and also owned the Detroit Tigers from 1983 to 1992.

Tom Monaghan was born on 25 March 1937. At present, he is 84 years entrepreneur. Likewise, his birthplace is Ann Arbor, Michigan, the USA.

Tom lost his father when he was just four years old. He was later raised by his single mother along with his younger brother. His father and mothers are Francis Monaghan and Anna Monaghan.

Talking about his nationality, Monaghan holds an American identity whereas his ethnicity is Catholic Irish.

Regarding education, the entrepreneur studied at St. Joseph Home for Children in Jackson, Michigan. Monaghan joined the United States Marine Corps by mistake, he had meant to join the Army.

The star received an honorable discharge in 1959. Due to his poor grades and his inability to afford tuition, Tom got a rejection from the University of Michigan in Ann Arbor.

Later, Monaghan studied at the architectural trade school at Ferris State College in Michigan and was later transferred to the University of Michigan.

Tom and his brother borrowed $900 to purchase a small pizza store named Dominick’s in Ypsilanti, Michigan while he was just a student.

He then opened further three stores and traded his brother a Volkswagen Beetle for his half of the business. Monaghan dropped sub sandwiches from the menu and focused on delivery to college campuses, inventing a new insulated pizza box to improve delivery.

In 1989, the National Organization for Women(NOW) called for a boycott of Dominoes because of his active opposition to abortion. He then sold his 93% of stock ownership of Domino’s Pizza to Bain Capital in 1998 for an estimated $1 billion.

The entrepreneur then invested in his second quick-service restaurant brand by starting Gyrene Burger Company in December 2011. At Gyrene Burger, the businessman provided franchise incentives to eligible Marines and veterans of the other military branches.

Earlier, in 1983, Monaghan owned the Detroit Tigers which won the World Series a year later. He also earned the Golden Plate Award from the American Academy of Achievement. Ultimately, the businessman sold the Tigers to his competitor like Mike Ilitch of Litte Ceaser’s Pizza in 1992.

The man behind one of the world’s popular brands, Monaghan has earned a handsome amount of money from his business.

As per celebrity net worth, Tom Monaghan has an estimated net worth of $400 million. Tom was the sole company’s owner in 1998 when he sold Domino’s to Bain Capital for $1 billion.

Tom’s Domino expanded rapidly throughout the 80s and 90s and he became extremely rich. He then bought Detroit Tigers in 1983 for $53 million but sold the team for $85 million in 1992.

The entrepreneur has bought around 300 cars including an extremely rare Bugatti that cost more than $8 million. He also bought a Gulfstream private jet, a yacht, and a helicopter. Monaghan owns most of an island in Michigan and built a personal resort.

Tom has never been part of any controversial matter or rumors till now. The star has been preoccupied with his professional and private life.

It seems that Monaghan prefers enjoying his personal life and does not want to merge it with his professional life.

84 years old entrepreneur, Monaghan has handsome looks and an admirable personality. He stands at a height of 5 feet 7inches. Also, he has a balanced body weight of 73 kg.

Furthermore, Monaghan has brown eyes whereas his hair is white.

Regarding his social media presence, Tom Monaghan is not an active personality on social media. Tom has no official Instagram, Facebook, or Twitter accounts at the moment.

Moreover, he does not seem to prefer sharing his personal life on social media.