Tom Pelphrey is an American actor. Tom is currently not dating anyone. 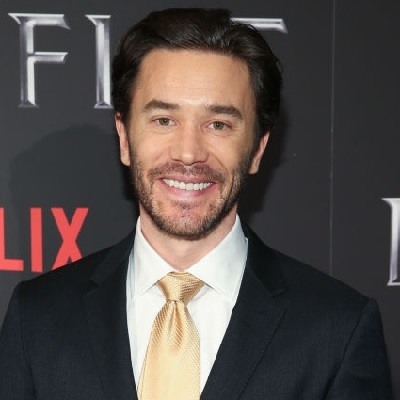 Previously, he was in a relationship with the actress, Jaimie Alexander. They disclosed their relation back on the 14th of May 2018 at the Entertainment Weekly & People’s New Yorks 2018 Upfronts.

Later, they shared a liplock picture via Instagram. Later, they parted their ways with each other.

Prior to this, Tom was in a relationship with actress, Lili Simmons. Before that, he was dating his co-star from Guiding Light, Gina Tognoni.

Who is Tom Pelphrey?

Tom Pelphrey is a Daytime Emmy Award-nominated actor. He is renowned as Jonathan Randall of the series, Guiding Light.

In 2020, he will make his appearance in the movie, Mank as Joseph Mankiewicz. Currently, the movie is in post-production.

Also, in his next movie, Jill is also in the stage of post-production too.

Tom Pelphrey was born on the 28th of July 1982 in Howell, New Jersey to Richard and Laurie Pelphrey (mother). Currently, he is 39 years old. His birth name is Thomas J. Pelphrey. He is of Caucasian ethnicity.

He has a brother, Robert Pelphrey. On the 22nd of June 2020, he shared a picture of his father, Richard.

Talking about his educational background, he is a graduate of Rutgers University. From the University, he earned a bachelor’s degree with Honors in Fine Arts in 2004.

Prior to that, in 2000, he graduated from Howell High School.

In 2003, Tom Pelphrey started his career as an actor through CBS’s TV series, Guiding Light. In the series, he portrayed the character of Jonathan Randall as the son of Reva Shayne played by the actress, Kim Zimmer. His character in the series became his starting milestone in his acting career.

For the character, he was nominated for the Daytime Emmy for consecutive four times starting from 2005. Also, he won the awards for two times in 2006 and 2008. He was associated with the series till 2009. Between the time, he featured the other TV series including The Burg, Ghost Whisperer, and CSI: Miami.

After Guiding Light, he appeared in the TV series, As the World Turns as Mick Dante. His performance was Mike received a good response too.

After a successful TV career, he started making his appearance in the movies too. Some of his movies include Junction, Turtle Island, Anchors, and Blink. However, his movie didn’t go well as his TV series. Later, he returned to the series with Banshee. Moving forwards, he appeared in series like Iron Fist and Ozark.

Apart from TV and movie, he is also a fantastic theatre artist too. As a theater artist, he performed in the plays like The Lion in Winter, End of the Rainbow, and Fool for Love.

As of now, he has managed to maintain his dignity as an actor. To date, he has not been involved in any sorts of controversy and scandals that created a buzz in the media.

As of now, he has managed to be far from any type of rumors too.

Tom Pelphrey has brown eyes with black hair. His height is 6 feet 2 inches and has a decent weight.

Talking about his appearance, he has a sharp look with an oval-shaped facial structure. Also, he prefers slightly grown facial hair.

You may also read the bio of  Max Walker, Callan Potter, and Ron Bottitta.