Tom Selleck is an award-winning American actor famous for his role in Magnum, P.I. In 1998, he was listed on the 50 most beautiful people in the world by People Magazine. Tom is married. 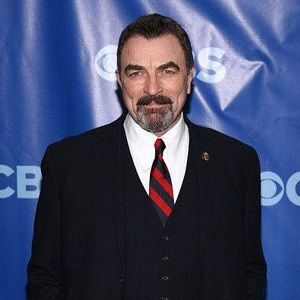 If you buy an expensive thing and you never use it, I don't think there's a point to it

People tracking your life and photographing you anywhere you go, that can make you crazy

I had a strong, really good upbringing, not puritanical.

What is the relationship of Tom Selleck?

Tom Selleck is married since August 7, 1987. He tied the knot with his longtime girlfriend Jillie Mack. Together, they welcomed a daughter, Hannah Margaret Selleck.

Previously, he was married to model Jacqueline Ray in 1971. However, they couldn’t carry on with their relationship and divorced after 11 years of marriage in 1982. He adopted Jacqueline’s son Kevin Selleck.

Besides her, he was also in a relationship with a couple of women. Back in 1982, he began dating Mimi Rogers and split up shortly after 1983.

In addition, he was also linked up with Marie Helvin, Lillian Muller, and Kitten Natividad.

Who is Tom Selleck?

Tom Selleck is an American actor and producer. Tom Selleck is famous for his role in the television series Magnum, P.I. and Three Men and a Baby.

Furthermore, he also played the role of NYPD Commissioner Frank Reagan in the drama Blue Bloods on CBS.

Additionally, he has also won a Golden Globe Award and Primetime Emmy Award for Magnum, P.I.

Tom was born on January 29, 1945, in Detroit, Michigan, United States of America.

He is the son of Martha Selleck, mother, and Robert Dean Selleck, father. Talking about his nationality, he is American and his ethnicity is Mixed (English, Scottish, Irish).

As a child, he had a keen interest in acting as well as basketball.

Moving towards his education, he completed his graduation from Grant High School in 1962. Later, he joined the University of Southern California on a basketball scholarship. In addition, Tom also attended Beverly Hills Playhouse and studied acting.

Tom began his acting career as a college senior on The Dating Game in 1965 as well as in 1967. Later, he also began to appear in several commercials. He played some minor roles in The Movie Murderer, Owen Marshall: Counselor at Law, Charlie, and a few more.

Furthermore, he got huge recognition from his role as private investigator Thomas Magnum in the television series Magnum, P.I. Tom played in the series from 1980 to 1988 and was also a huge hit.

Besides this, he also played in the comedy film Three Men and a Baby in 1987. Moreover, the veteran actor portrayed the role of Dr. Richard Burke in 10 episodes of the television series Friends from 1996 to 2000. In addition, Tom also landed the character of Jesse Stone in the film Jesse Stone in which he starred in nine series.

Apart from that, he has also acted in several films such as The Love Letter, Monte Walsh, In & Out, Crossfire Trail, and much more. Furthermore, Tom has also featured in several commercials such as Close-Up, American Advisor Group, and a few others.

Being a famous actor, he earns a healthy amount of money from his profession. As of 2022, he has a net worth of $45 million.

Once, there was a rumor that his long-lasting married life is in a problem and the couple was about to divorce. Although the rumor came wrong they remained together. Apart from that, there is not any controversy relating to him.

Tom Selleck has a height of 6 ft 4 inches and weighs 88 kg. Moreover, he has a pair of attractive green eyes and brown hair. Besides this, there is not any information regarding his other body measurements.