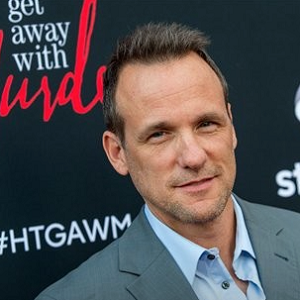 Tom Verica is married as of now. Currently, he has exchanged vows with Kira Arne who is a producer.

Together, they have two children. Their son’s name is Dante Verica and daughter’s name is Ciana Verica.

Who is Tom Verica?

Pennsylvania-born Tom Verica is an American actor plus a director. Moreover, he has also been involved in producing.

He is mostly popular for a series named, “American Dreams.” He portrayed the role of Jack Pryor on the series from 2002 to 2005.

Furthermore, he also appeared in “How to Get Away with Murder,” “The Nine,” and others.

He was born in Philadelphia in the state of Pennsylvania as Thomas A. Verica on May 13, 1964.

There is no information about his father and mother but they were involved in the profession of real estate agents.

While discussing his ethnicity, he is a mix of Italian and German descent.

Similarly, there is no information regarding his education or academic achievements.

Tom Verica started his career in the late ’80s. He made his acting debut on TV in 1987 soap opera, “All My Children.” Before that, he participated as the dancer in the show, “Dancing in the Air.”

As per his significant role, he has played the character of ‘Jack Pryor’ in TV drama, “American Dreams.” Previously, he has had some notable works in “Central Park West,” “The Naked Truth,” and others. He is also a producer and a director. He also co-produced a TV series, “Scandal.”

This actor’s estimated net worth is $3 million. His 2007 movie Zodiac has collected around $84.8 million at the box office.

Tom is a guy who likes to maintain his concentration on work. This helps him to avoid the trash-talking in the media. As a result, he can stay away from any rumors, criticisms or controversies.

Tom Verica has a height of 6 feet and weight is average. His eye color is light brown. Also, he has a similar hair color.