Tom Welling is an American actor, director. Tom is married to Jessica Rose Lee. The couple has a son and expecting another child. 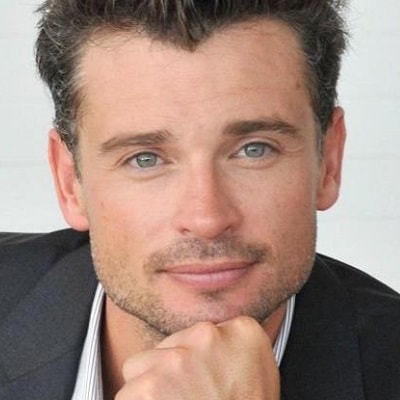 You know one of the things about going from modeling to acting is it's so much more fulfilling. With modeling, you get your picture taken, which is great, good for you, you know? But in acting, you're able to reach in and show a little bit more of yourself.

I don't think one is ever prepared for something like that. But it's fun. I hope it's durable.

To me, from the beginning, this show has always been about Clark before Superman. And for me, flying then brings you into the realm of Superman. I find it much more interesting to concentrate on the development of this character and show you what happened in his life to make him become this Superman that we all know him to be.

The pair began dating in 2014 and announced their engagement in April 2018.

The couple has welcomed a son named Thomson Wylde Welling on January 5, 2019, at 12:31 am, weighing 8lbs, 8oz. The couple is expecting their second baby.

Previously, he was married to model Jamie White on July 5, 2002, on Martha’s Vineyard. The pair lived in Vancouver, British Columbia, Canada but they returned to Los Angeles in March 2011.

The couple could not hold the relationship and Jamie filed for divorce and the divorce was finalized in November 2015.

Who is Tom Welling?

Tom Welling is an American actor, producer, director, and model who is best known for his role as Clark Kent in the drama ‘Smallville’ from 2001 to 2011.

He was born on April 26, 1977, in Putnam Valley, New York, USA. His birth name is Thomas Joseph Welling and he is currently 43 years old.

He is the son of Tom Welling Sr. and Bonnie Welling and he is the third child of her parents. He has a younger brother named Mark Welling, who is also an actor.

Also, he has two older sisters and they are named Rebecca Welling and Jamie Welling.

He lived in several states of the USA including Delaware, Wisconsin, and Michigan because his family moved frequently.

Tom holds American citizenship but his ethnicity is a mix of German, Irish, English, Scottish, and Swiss-German.

He joined Okemos High School in Okemos, Michigan and he was a member of the school’s drama group and of the school’s sports team and played football, baseball, and basketball. Also, he attended Salesianum School in Wilmington, Delaware, for his freshman year of high school.

Tom was discovered by a photographer looking for a fresh face for a catalog shoot at a party in Nantucket in 1998 and he assumed to become a print model for Abercrombie & Fitch, an American apparel brand.

He served for the Louisa Modeling Agency till 2000 and modeled for Abercrombie & Fitch, Tommy Hilfiger, and Calvin Klein. He made his appearance in Angela Via’s video single “Picture Perfect” in the same year.

Tom Welling moved to Los Angeles in order to try an acting career. He started giving audition for roles and appeared in television commercials for “7 UP”,  “Verizon”, and “T.J. Maxx”. He got his first starring role as Karate Rob in the CBS television drama Judging Amy in 2001, which ran successfully for 138 episodes.

He came into the limelight  after the portrayal of “Clark Kent” in “Smallville,” an American television series based on the “DC Comics” character of “Superman.”

He has an estimated net worth of around $14 million and he has earned that sum of money from his professional career. Also, he has earned around $175k per episode from his performance in ‘Smallville.’

There was a rumor of him reprising his role as Superman on the CW’s ‘Supergirl’ but it didn’t come to fruition as Tyler Hoechlin being cast in his place.

Tom Welling has a height of 6 ft. and weighs  85kg. He has blue eyes and brown hair. But, other information regarding his shoe size, dress size, etc. is not available.