They were first introduced by a mutual friend in 2021.

Previously, Tom was married to Jill Troy Werner. They walked the aisle in 1972 and together has three kids. Their son Edward “Ted” was born in 1976, daughter Carolyn was born in 1979, and third kid Amanda was born in 1988).

But this conjugal relationship ended in the year 2003. 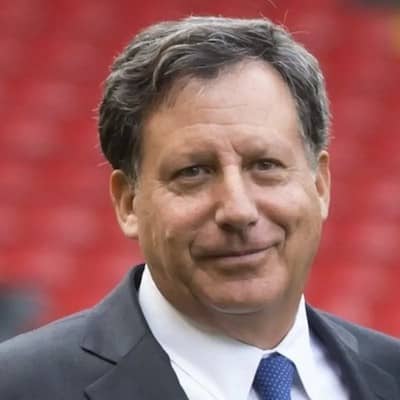 Who is Tom Werner?

His birthdate is 12 April 1950 and he was born in New York, the United States as Thomas Charles Werner. The name of his mother was Elizabeth (née Grumbach) and his father’s identity was Henry Werner.

Further, Tom’s ancestry is Jewish, and has a sister named Patsy Werner Hanson plus a brother Peter Werner.

As per his academics, he studied first at St. Bernard’s School and then graduated from Harvard University in 1971.

Tom Werner started to work for ABC-TV in 1973 and left the network in 1980. The same year, he co-founded a firm named The Carsey-Werner Company. His partner was a TV producer Marcy Carsey.

In the present time, he is serving as a chairman for Liverpool Football Club (joined in 2010) and the Boston Red Sox (joined in 2001).

Some of his other projects are,

By the 2022’s data, he has earned an estimated net worth of around $700 million. However, his salary and other income are not yet revealed.

He along with others has founded a charitable firm named Red Sox Foundation in 2002. It has assisted more than 1,780 organizations. For its amazing work, Major League Baseball awarded it Commissioner’s Award for Philanthropic Excellence in Nov 2011.

Further, Tom had granted a total of $113,250 to the Democratic party people.

This renowned TV producer is keeping himself away from scandals as well as rumors.

Tom Werner’s height is 5 ft 11 inches and his body weight is average. Adding further, his hair has turned into a grey color and his eyes are in light brown color.