Tomasz Schafernaker is a British meteorologist with dual citizenship of Poland and the UK. He is single though rumors of romance with Lucy Verasamy made headlines. 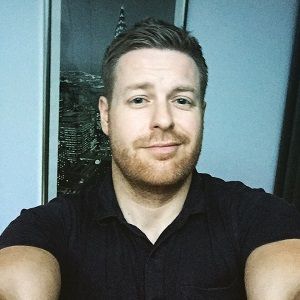 What is the relationship of Tomasz Schafernaker?

Tomasz Schafenaker had kept his personal life as a secret and as well as away from social media.

He may have dated with many girls but hasn’t publicized any information about it as he only wants to focus on his career rather than giving time to his personal affairs. There are rumors of romance between him and colleague Lucy Verasamy.

Through this information, he is single and had obtained a low profile when it comes to relationships and dating. He has neither married nor does he had any kids.

Who is Tomasz Schafernaker?

Tomasz Schafernaker is a meteorologist. He is known for his appearances on BBC Weather. He had even posed for the front cover of Attitude Active magazine wearing shorts in 2010.

Tomasz Schafernaker was born on 8th January 1979  in Gdańsk, Poland. Besides this, there is no information regarding his childhood and family.

He had attended St. John’s College, Southsea, in Portsmouth, and then he had joined the University of Reading where he had gained a BSc (Hons) in Meteorology. He has dual citizenship-Polish and British.

Moving towards his career life, he joined the BBC Weather Centre in 2000. In the same year, he had worked as a broadcast assistant and became a presenter which made him the youngest man to present the BBC Weather. He had studied at the Met Office College in Exeter, Devon, and trained as a forecaster for aviation from the year 2004-2005.

In 2006, he had become infamous for raising “the finger” towards, and after a gentle tease from Simon McCoy. He had even worked for the Met Office and presented on various broadcast projects for various UK networks including The Weather Channel, Discovery Channel, as well as Channel Four. Then he joined BBC South East as a weather presenter, joining the freelance Kaddy Lee-Preston in 2012.

Furthermore, Tomasz Schafernaker was voted the most popular weather presenter in the UK in a public poll in 2017.

During his career, he earned a decent amount of money but there is no information regarding his net worth and salary. He has even won the title of  Best TV Weather Presenter at TRIC Awards in 2010.

Once there was a controversy that he had predicted the wrong weathercast and was apologized swiftly as well as profusely for his error of judgment.

Tomasz Schafernaker has dark brown hair and a pair of attractive brown eyes. Apart from that, there is not any information regarding his other body measurements.