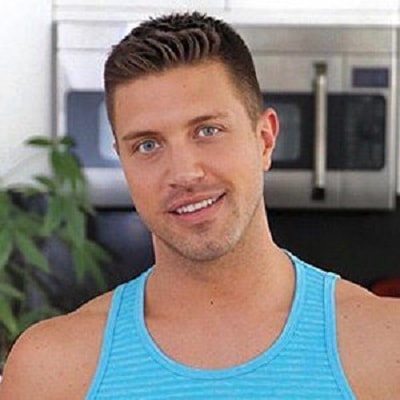 Tommy DiDario is openly gay. He has been married to his boyfriend Gio Benitez since April 16, 2016. The pair met each other via Instagram and dated for around 8 months before they tied their knot.

The couple engaged at Eiffel Tower on September 17, 2015, and the wedding ceremony was held in Miami, Florida.

Tommy DiDario is an American lifestyle expert, freelance writer, a CEO of his self-titled company, and a TV show host.

Furthermore, he is well recognized for his appearance in the movie ‘Board City’ in 2015.

He was born on October 29, 1985, in Central New Jersey, USA. His birth sign is Scorpio. He was born to parents Thomas G. DiDario and Karen A. DiDario.

He has a sister named Megs A. DiDario. During his early days, he portrayed the role of Chesire Cat in his elementary school’s production of Alice in Wonderland.

Tommy holds American citizenship but his ethnicity is unknown.

He attended the University of New York and graduated from theaters and arts. Later, he pursued his career in the entertainment industry.

Tommy DiDario debuted his television career from ‘Man in Progress’ in 2014 and then starred in the TV movie ‘My Christmas Prince’ in 2017. Likewise, he made his appearance in the TV series ‘Broad City’ in 2015.

Besides acting, Tommy is the CEO of his self-owned marketing and branding company which deals with a beverage, wellness, fashion, beauty industries as well as a restaurant.

Furthermore, he is a freelance writer and covers topics related to travel, fashion, fitness, health, men’s, and grooming. He also works as the magazine’s exclusive for GQ Insider.

It seems Tommy has not been awarded and nominated for his work to date.

He has an estimated net worth of around $3 million and he has earned that sum of money from his professional career. Also, he earns around $35k annually from his career.

As per the sources, a freelance writer earns an average salary of around $23.56 per hour and $39k per year

Tommy is a successful lifestyle expert. He is also away from any solid rumors and controversies.

Tommy DiDario has a height of 6 ft. and he has hazel eyes and blonde hair. But there is no information available regarding his weight, shoe size, dress size, etc.