13 Reasons Why, is reintroducing herself as a trans woman during an interview with Detransition, Baby novelist Torrey Peters for Time magazine.

Tommy Dorfman is gay and is married to Peter Zurkuhlen. They exchanged the vows on November 12, 2016, and were engaged in April 2015. So far, the couple hasn’t adopted any children.

Tommy comes out as Transgender 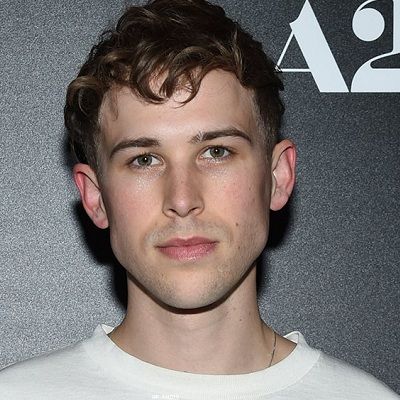 I view today as a reintroduction to me as a woman, having made a transition medically. Coming out is always viewed as this grand reveal, but I was never not out. Today is about clarity: I am a trans woman. My pronouns are she/her. My name is Tommy.

Who is Tommy Dorfman?

Tommy Dorfman is an American actor from Atlanta, GA who plays the role of ‘Ryan Shaver’ in the popular teenage suicide drama 13 Reasons Why.

Furthermore, she has also appeared in other films like My Skin (2013) also stage production like The Enigma Machine. She has openly admitted that he is gay and is an LGBTQ activist.

Tommy is currently 29 years old according to his birth date which is May 13, 1992. Her parents are unknown but she is the youngest of five siblings. She is the cousin of Andi Dorfman who is an American TV personality.

According to his citizenship, Tommy is American but her ethnicity is Jewish.

After the completion of high school, Tommy joined Fordham University’s drama program in 2015 and graduated with a Bachelor Of Arts in theatre arts.

However, 2017 was the year Tommy actually rose to fame and made a name of himself by playing the role of Ryan Shaver in the popular Netflix drama ‘13 Reasons Why’. She plays the role of a gay high school student named Ryan in both seasons of 13 Reasons Why. Dorfman featured in 18 episodes of the drama.

In 2019, she played the recurring role of Bobby in ‘Jane The Virgin’ and in the same year, she played the role of Nick in ‘American Princess’. Other than acting, Dorfman is also a dancer who has performed with Atlanta Ballet.

In 2017, Tommy helped design a fashion collection with ASOS (As Seen On Screen) and he was honored with the Rising Star Award by GLAAD (Gay And Lesbian Alliance Against Defamation).

Although 13 Reasons Why has bagged several awards, she hasn’t been individually nominated or won an award for his profession so far.

It has been reported that Dorfman has an estimated six-figure net worth but her actual net worth amount is still under review. She is, however, earning a very good amount of salary from the series 13 Reasons Why. It is believed that the star makes a salary of around $150,000 to $1 million.

Tommy has openly admitted that she is gay. So far, there have been no significant rumors or controversies surrounding him so far.

You may also like to read the bio, birth, family, early life, career, body stat, net worth and social media of Elvire Emanuelle, Jesse Spencer, Brian Blessed, Kelly Osbourne and many more.

Tags : 13 Reasons Why Actor my skin