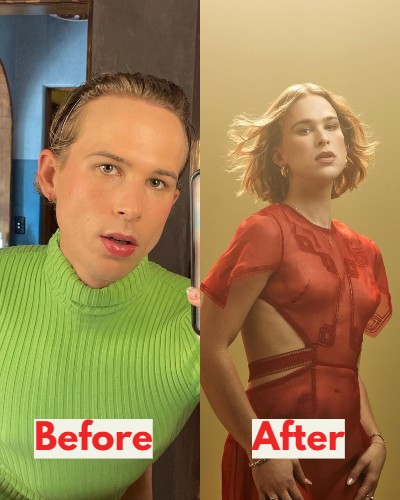 Tommy Dorfman reintroduced herself to the world as a trans woman! Dorfman has publicly discussed her transition for the first time in an interview with novelist Torrey Peters which was published by Time saying,

“For a year now, I have been privately identifying and living as a woman — a trans woman. It’s funny to think about coming out, because I haven’t gone anywhere. I view today as a reintroduction to me as a woman, having made a transition medically. Coming out is always viewed as this grand reveal, but I was never not out.”

After that, she revealed her pronouns are ‘She/Her’ and her name is Tommy. On her Instagram she revealed,

“i’m especially grateful to every single trans person who walked this path, broke down barriers, and risked their lives to live authentically and radically as themselves before me. thank you to all the trans woman that showed me who i am, how to live, celebrate myself, and take up space in this world.”

Also read Elliot Page flaunts abs on the first shirtless picture after coming out as a transgender!

More on his transition

Tommy has been documenting her change in appearance and style for several months and is available on her Instagram. Dorfman finally wanted to publicly address her gender identity in order to maintain control of her own narrative. She views it as her reintroduction as a woman. She is not going to change her name and wants to give a new life to her name.

Also, she is named after her mom’s brother who passed a month after she was born so she feels a connection with the name. Tommy is proud of who she has been for the last many years.

Tommy Dorfman is an American actor from Atlanta, GA who plays the role of ‘Ryan Shaver’ in the popular teenage suicide drama 13 Reasons Why. Furthermore, she has also appeared in other films like My SKin (2013) and stage production like The Enigma Machine. She has openly admitted that he is gay and is an LGBTQ activist. Read more bio…

Duhh! These Hollywood Celebrities Are Not Active On Social Media!
Tags : 13 Reasons Why Actor