Tommy Knight is currently living a single life. The details of his present affair or his girlfriend’s name are unknown. 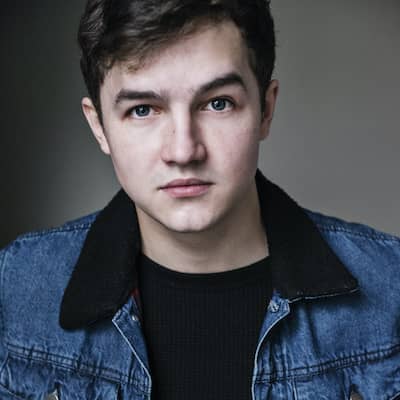 Who is Tommy Knight?

Tommy Knight is an actor of British nationality. Tommy Knight is popular for featuring in Victoria (2016), The Sarah Jane Adventures (2007), Waterloo Road (2006), etc.

He will be playing the role of Liam in an upcoming movie Last Village on the Right that is in the post-production stage. In 2010 in an episode of a radio show Doctor Who: Podshock, Tommy appeared as himself for his fans.

His birth year is 1993 and the date he celebrates his birthday is Jan 22. He was born in Chatham, Kent, England as Thomas Lawrence Knight. The name of his mother and his father’s identity is kept hidden.

Further, Tommy Knight’s ancestry is English and has three brothers plus two sisters, all actors. Two of them are Yohanna Farrell-Knight & Emily Knight.

As per his academics, he first completed his studies at Sir Joseph Williamson’s Mathematical School then went to Delce Junior School.

Tommy Knight since his debut in 2002, was featured in several movies as well as TV shows. His first role was in the two episodes of TV to Go (TV Series) as a boy.

But the role that rose his fame was in The Sarah Jane Adventures (TV Series). Here he played the role of Luke Smith / Luke from 2007 to 2011. Also, he increased his fame after signing for Waterloo Road (TV Series) as Kevin Chalk, Glue Online (TV Series) as Cal, and Victoria (TV Series) as Brodie / Archibald Brodie.

Tommy’s other featured small-screen projects are,

By the sources of 2022, his net worth is estimated at $2 million. The yearly salary that Tommy charges are under the rug.

He did commercials for brands such as Nationwide Building Society, KFC, Little Monsters, Sainsbury, and Low Low.

This actor who played the role of Cal in the TV show Glue Online, Tommy is keeping himself away from scandals as well as rumors.

Tommy Knight has an average height and his body weight is also decent. Adding some more, he has dark brown eyes with the same colored hair.

Tommy Knight is officially available on many social sites. On Instagram and Facebook fan pages, he has more than 264 and 511 followers respectively.