One of the widely recognized drummers in the world. 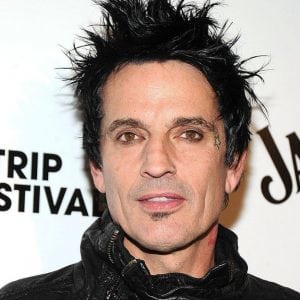 "Getting married in four days was the biggest ... mistake I've ever made. I have two beautiful kids, but ... how can you know somebody in four days? Bonehead." - on his quickie marriage to Pamela Anderson.

Tommy Lee married Elaine Margaret Starchuk in November 1984. However, the marriage did not last long and they separated in 1985. Additionally, in 1985, Lee also dated actress and television personality Tawny Kitaen. His second marriage was with Heather Locklear. The pair were married from 10 May 1986 to 16 August 1993.

Currently, Lee is in a marital relationship with Vine star Brittany Furlan. They exchanged vows on 14 Feb 2019.

Who is Tommy Lee?

Tommy Lee is an American musician. People recognize him as a founding member of Mötley Crüe. Additionally, he also founded the rap-metal band ‘Methods of Mayhem’. He is one of the widely recognized drummers in the world.

Lee was born in Athens, Greece on October 3, 1962, as Thomas Lee Bass. He was born to parents David Lee Thomas Bass and Vassilikki “Voula” Papadimitriou. His mother was a Miss Greece contestant for the 1960 Miss World event. Additionally, his father was an American U.S. Army sergeant.

Lee developed a keen interest in music and drums in particular since his childhood years. In addition, he received his first drum when he was four years old. He has a younger sister, Athena Lee who is also a drummer.

Lee is of American and Greek nationality. Furthermore, he belongs to a mixed ethnic background of English, Irish, French, and Greek.

Tommy Lees band Suite 19 initially played the Sunset Strip in Los Angeles. After Nikki Sixx and Mick Mars joined him, they formed the band Mötley Crüe. The band’s debut album ‘Too Fast for Love’ was released in 1981.

Additionally, the band has released several other albums since then including ‘Shout at the Devil’, ‘Theatre of Pain’, ‘Girls, Girls, Girls’, ‘Dr. Feelgood’, ‘Generation Swine’, ‘New Tattoo’, and ‘Saints of Los Angeles’ among others. Furthermore, Lee has also released two solo albums, ‘Never a Dull Moment’ and ‘Tommyland: The Ride’.

Lee starred in a reality show ‘Tommy Lee Goes to College’ in 2004. In addition, he has also been part of several activism causes. He is a supporter of animal rights and PETA. With the band Rock Star Supernova, he released the album ‘Rock Star Supernova’ in 2006.

Lee has not revealed his current salary. However, he has an estimated net worth of around $70 million at present.

Lee became part of a controversy after his sex tape was stolen in 1995 and released on the Internet. Additionally, he served six months in a county jail in 1998 after pleading no contest to kicking Pamela Anderson.

He has been arrested several times and has been part of numerous legal troubles over the years. At present, there are no rumors concerning his life and career.

Talking about his body measurement, Tommy Lee has a height of 6 feet 2½ inches or 189 cm. Additionally, he weighs around 78 kg or 172 lbs. Furthermore, his hair color is black and his eye color is hazel.

Lee is active over social media. He has a huge number of followers on social networking sites and Youtube.