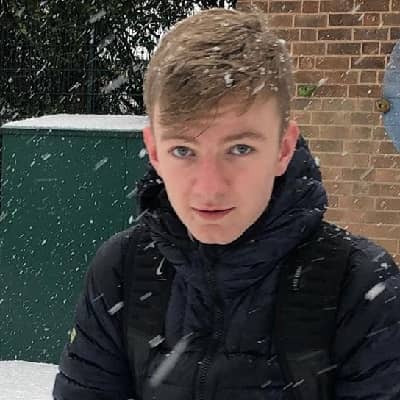 TommyInnit’s relationship is possibly single. The details of his affairs or girlfriends are not published yet. Even if he is dating or having an affair with someone, he has kept his romantic life lowkey.

TommyInnit is an English web star and a gamer. He is popular on YouTube and Twitch where he uploads his gameplays.

He also has a lot of followers on Instagram and TikTok.

He was born on 09 April 2004 in England with the real name Thomas Simons. But the identities of his father and mother are not yet revealed.

However, in May 2019 he said, his mom was suffering from cancer. Moreover, his ancestry is Caucasian. His academic history is not known.

TommyInnit is popular on YouTube with subscribers of over 3.75 million on his gaming channel. He started to upload videos on his channel in Dec 2015.

He mainly posts content related to the Minecraft game. His popular videos of this channel are The Funniest Minecraft Mod Ever, I finally teamed with Dream & Technoblade…, I met Wilbur Soot in real life…, I asked GeorgeNotFound VERY inappropriate questions, and many more.

Besides this, TommyInnit is also popular on Twitch. In this, he is followed by more than 2.3 million. On 18 Dec 2020, he streamed for about 2 hours, and over 1.5 million people have joined him.

This web star has a net worth of $1 million (estimated) US. But his other incomes are unknown. From his YouTube, he earns an estimated amount of $256.8K – $4.1M per year.

Nothing much about this web star is known. So, he is not surrounded by any scandals or rumors and is doing great in his career.

Regarding TommyInnit’s body features, his height and his body weight are of average size.

But looking at his pictures, the color of his eyes is in blue color and his hair is also in light brown color.

This web star is available on social sites. He is famous on Instagram which has over 958k followers. His Twitter account was created in Aug 2018 and it has around 833k followers.