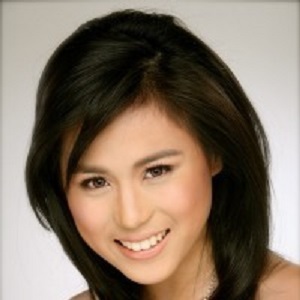 Talking about her relationship, she got married to Paul Soriano in 2015, they have a child name Severiano Elliott Gonzaga Soriano. They are living a happy life together with no sign of any marital affairs.

Who is Toni Gonzaga?

Toni is a Filipino actress, TV host, dancer, and singer, her birth name is Celestine Cruz Gonzaga. Besides that, she is a former host for the Saturday talk show Entertainment Live but currently hosts the Sunday talk show The Buzz along with the musical variety show ASAP.

Toni was born in Taytay, Rizal, the Philippines on January 20, 1984, to parents Carlito Gonzaga and Crisanta Gonzaga. She has a sister, Catherine “Cathy” Gonzaga, professionally known as Alex Gonzaga, who is also an actress and television host. She belongs to Philippine nationality and Filipino (Tagalog) ethnicity.

Her birth sign is Aquarius. Talking about her education, firstly, she studied mass communication from Dominican College. Then, she attended the Asian Institute for Distance Education. Finally, University of the Philippines Open University.

Talking about her profession, she started in local entertainment at the age of 13. During 2012, she also starred in the first ever month-long special of Wansapanataym, which aired four episodes. Then, in 2011 Female Concert Performer award was given to her by the Guillermo Mendoza Memorial Foundation. During 2012, she finally launched her comedy film in which she teamed up with Vice Ganda and Luis Manzano entitled, This Guy’s In Love With You, Mare!.

During 2013, she entered the Himig Handog P-Pop Love Songs contest with the song entry called “Kahit Na”, written by Jumbo “Bojam” De Belen. During 2013, she also hosted Kwentong Kusina, Kwentong Buhay, a cooking show which aired every Sunday morning for 10 episodes. Eventually, Star Cinema had produced a Coco Martin and her movie entitled, You’re My Boss. During 2015, she also renewed her contract with ABS-CBN Corporation.

Talking about her lifetime achievements and awards, FAMAS Award for Best Actress for Starting Over Again (2014). Likewise, during  2014, she won Special Award for Female Star of the Night.

Toni Gonzaga: Salary and Net Worth

There was a rumor that, something happened between her husband Paul Soriano and Erich Gonzales while they were filming the movie Siargao last May. Currently, there isn’t any information about her rumors and controversies.

Talking about her body measurements, Toni has a height of 5 feet 4 inches. Additionally, she weighs is 53Kg. In addition, she has a measurement of 33-24-34 inches respectively. Toni’s hair color is brown and her eye color is dark brown.