Previously, she was married to the actor, director, and writer, Billy Bob Thornton. She is the second wife of the actor.

The former couple got married on the 5th of April 1986. However, they parted their way from each other via divorce in 1988.

After that, Billy got married four times. Currently, he is married to Connie Angland. 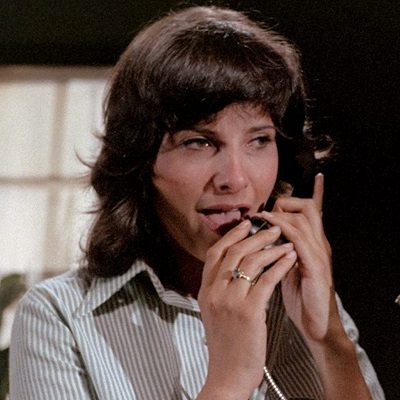 Who is Toni Lawrence?

Toni Lawrence is a former actress. She is renowned as Lymm Hart of Pigs, and Wanda Owens of the series, Days of Our Lives.

Toni Lawrence was born on the 4th of April 1948 in Los Angeles, California to Marc Lawrence and Fanya Foss. Her birth name is Antoinette Helena Lawrence.

She is of Mixed (British, Germanic, French, and Polish) ethnicity.

Her father, lt. Marc Lawrence was an actor and director. Her mother, Lt. Fanya was a writer by profession. She passed away on the 12th of December 1995 at the age of 91.

After the death of Fanya, her father got remarried to Alicia Gurney in 2003. Later, he passed away on the 27th of November 2005.

She has a younger brother, Michael (b. November 7, 1943). Details on her academics are behind the curtains.

In 1973, Toni Lawrence entered the entertainment industry with the movie, Pigs. In the horror movie, she portrayed the character of a disturbed young woman, Lynn Hart who escaped from the mental hospital. She landed in the mental hospital for killing her abusive father who raped her.

Following the movie, she became part of the various TV series with minor roles limited to the single episode. Such Tv series includes Emergency!, Marcus Welby, M.D., McCloud, and Quincy M.E. Despite the very short appearance in the series McCloud, it had a significant positive impact on her acting career.

After that, in 1983,  she appeared in the TV movies M.A.D.D.: Mothers Against Drunk Drivers and When Your Lover Leaves and the series, Days of Our Lives.

In 1984, she featured the horror movie, Sole Survivor as a TV actress. The following year, she appeared in the West Germany based movie, Beyond Reason as Carol.

Last, in 1990, she made her appearance in the movie, Donor as Dr. Karen Steinbrook. After that movie, she stepped out of the entertainment industry.

Toni Lawrence has brown eyes with brunette hair. She stands at a decent height and an average weight. However, details on her body stats are not available.

As of now, she has not been part of any sort of controversy and scandals that created headlines in the media. Also, there are no rumors linked with her.

You may also read the bio of Alice Evans, Sarah Bolger, and Scottie Thompson.