Tony Robbins is an American businessman, motivational speaker, author. Tony is married to his wife since 2001 and has four children. 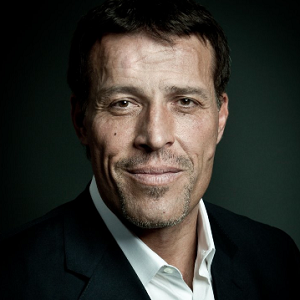 It is in your moments of decision that your destiny is shaped.

Moving towards Tony Robbins’s personal life, he married Rebecca “Becky” Jenkins in 1982 after meeting her at a seminar. Jenkins had three children from two former marriages whom Robbins adopted. Robbins and Jenkins filed for divorce 14 years later.

In 1984, Robbins and former girlfriend Liz Acosta had a son Jairek Robbins, who is also a personal empowerment trainer. Her daughter’s name is Jolie Jenkins.

Who is Tony Robbins?

Tony Robbins is an American motivational speaker, businessman, and author. He is most famous for his books, ‘Unlimited Power’ and ‘Awaken the Giant Within’ and his innovatively designed seminars, ‘Unleash the Power Within’ and ‘Mastery University’.

Anthony Robbins was born on February 29, 1960, in Glendora, California, USA. His birth name is as Anthony J. Mahavorick. Tony belonged to Croatian origin and adopted his stepfather’s surname ‘Robbins’ later in life. He was raised in Azusa. He attended Southern California’s Glendora High School.

During his early life, he lived in a small in a low-rent apartment in Los Angeles. however, he has a dream of owning a mansion.

Likewise, he has featured speaker at the 2007 Technology, Entertainment, and Design (TED) conference and at several Real Estate Wealth Expos sponsored by the Learning Annex. Although, his presentation is ranked as one of the Top 10 TED Talks. Robbins’ self-help books include Unlimited Power: The New Science of Personal Achievement and Awaken The Giant Within.

He has a net worth of $500 million dollars according to the sources. Tony’s salary is unknown.

There are controversies that Robbins filed a lawsuit against The Vancouver Sun’ newspaper, alleging defamation and libel in 2001.

Tony Robbins has a perfect height standing with 6 feet 7 inches tall and has total body weight is 98 kg. He has dark brown hair color and brown eye color.