Known to be the younger brother of Chris Rock, a famous standup comedian.

Is Tony Rock Single or Dating?

As per the sources, Tony Rock is single and is not dating anyone right now.

He has maintained his private love life very confidentially.

Therefore, no info revealing about his past as well as present relationships are not disclosed yet. 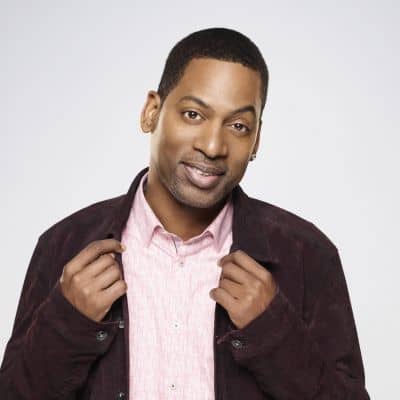 Who is Tony Rock?

He maintains All-American ethnicity and Cancer is her zodiac sign according to the astrological chart. Anthony Andrew Rock is his full birth name.

He is the son of Christopher Julius Rock II and Rosalie Rock. His father was a newspaper deliveryman and truck driver while his mother was a teacher and social worker.

He has one sister and seven brothers including Chris Rock.

There is info revealing about his detailed educational life.

Tony Rock served as a host in Oxygen network’s short-lived game show named, ‘Can You Tell?’ in his early 2000s.

Similarly, he worked as a reporter for the fifth season of the American robot combat television series entitled, ‘Battle Bots’ which aired on Comedy Central.

He went to work on numerous radio and television shows which include, ‘The D’ Angela Show’ and ‘The Howard Stern Show.’

He worked with Mark Curry and John Henton at the Apollo Theatre based in New York. Moreover, he played the role of Dirk Black in the American sitcom television series, ‘All of Us’.

On September 16, 2003, it aired on the UPN network in the United States premiering its first three seasons.

Later, the show moved to The CW a new network formed after the collaboration of UPN and The WB.

Frequently, he worked for his brother as a backup to his brother Chris.  He also made an appearance on the American television sitcom, Everbody Hates Chris.

He also worked as a correspondent for TV One’s ‘The Funny Spot.’ In 2012, he was cast in the feature movie based on the 2009 book, ‘Act Like a Lady, Think Like a Man by American host and actor, Steve Harvey.

In 2018, he co-starred alongside Jay Ferguson, Camryn Manheim, Sara Gilbert, and Lindsey Kraft on the American television sitcom, ‘Living Biblically’ on CBS.

He even joined the cooking competition game show, ‘Is It Cake?’ as a judge that aired on Netflix on March 18, 2022.

The net worth of Tony Rock is estimated to be around 4 million USD. Though, his salary and income are not disclosed yet.

Tony Rock has not been involved in any rumors and controversies up to date.

But his brother Chris Rock got into a controversy after he was slapped by Will Smith for making a joke about will smith’s wife, Jade Pinkett Smith while hosting Oscar Award on March 28, 2022.

Ironically, he is getting on-trend and has received much additional exposure after that incident.

There is no detailed info regarding his body measurements including bust, waist, and hip size.

Moving towards the physical appearance of Tony Rock, he has a dark complexion with black hair and a couple of brown eyes.

Tony Rock is a social media personality who has an Instagram account under the username, @tony_rock which is enriched with more than 173 K followers.

He is also available on Twitter which is around 110.5 K followers.

There is also an official Facebook page under his name, which has garnered about 130 K followers.

Chris Rock’s mother Rosalie Rock furious with Will Smith. Says, “He Slapped Me”