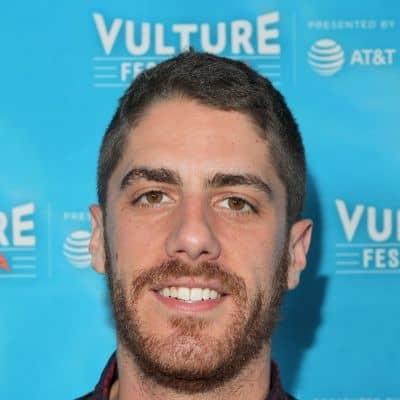 Talking about his love life, Tony Yacenda is in a joyful living relationship with Taylor Misiak. Taylor is an American actress who is known for her appearance on American Vandal, I Feel Bad, and so on.

The couple started dating in September 2018. Moreover, they own a pet named Fredo. The lovebirds often share their beautiful moment on social media and look fabulous together. However, Tony has not shared relationship details in the public till now.

Tony Yacenda is a well-recognized American director, producer, screenwriter, and film editor. Yacenda is widely famed for his work on American Vandal(2017), Dave(2020), and Trial by Media(2020).

Moreover, he has established himself as a talent to watch, directing comedy spoofs and commercial spots.

Tony Yacenda was born in the year 1991. He has not stated his exact birth date. At present, his age is 30 years old. Likewise, his birthplace is Los Angeles, the USA.

Not much known about his father and mother’s details, Tony has been secretive towards his parent’s details. Moreover, he has not revealed his sibling’s details in the public till now.

Talking about his nationality, Yacenda holds an American identity whereas his ethnicity is Caucasian.

Regarding education, the director has not stated his educational information to the public. He might have graduated from the renowned university in the town.

The director has debuted in his short videos in Favre Rise: What Should I Do in the year 2011. In the same year, he appeared in other short videos such as Last Words and Shark Pool as well. Tony then emerged in the year 2012 in short videos and is known for his role on Extremely Dark Knight and Vote for Tom Corrigan.

Following the year, Yacenda emerged in short videos such as Average Party, Get the Guy: Kids Talk Dating Problems, Timmy Muldoon, and the Search for the Shadoweyes Bandit. He appeared in documentary short movies and TV series in This is Jay Calvin and Sketchy.

In the years 2016 and 2017, the famed director gave his role in DJ Khaled & the Infinity Key and Lil Dicky: Pillow Talking. Afterward, he appeared in Lil Dicky Feat. Chris Brown: Freaky Friday. He came into the limelight after working on American Vandal in the year 2017. It is an American mockumentary streaming television series made by Dan Perrault and Tony Yacenda that featured on 15 September 2017.

American Vandal is a parody of true crime documentaries like Making a Murderer and Serial. It aired 16 episodes and its main stars are Tyler Alvarez, Griffin Gluck, and Jimmy Tatro. Apart from this, he has worked on Trojan: Alphabetization, Trial by Media, and Dace in 2020 and 2021.

American multi-faceted star, Yacenda has earned a handsome amount of money from his multiple profession and lives a lavish lifestyle. He has been actively working in his profession from the year 2011 till the present.

It is reported that Tony Yacenda has an estimated net worth of $500 thousand.

Tony has never been part of any controversial matter or rumors till now. The director has been preoccupied with his professional and private life.

It seems that Yacenda prefers enjoying his personal life and does not want to merge it with his professional life.

30 years old superstar, Tony Yacenda has dashing looks, a muscular and athletic body, and an admirable personality. He has not revealed his exact height but seems to be nearly 6 feet long.

Furthermore, Tony has hazel eyes whereas his hair is light brown.

Regarding his social media presence, Tony Yacenda is an active personality on social media. Tony has more than 4.8k followers on his official Instagram account @tyacenda.

He is also active on Twitter with around 1.2k followers.

Moreover, Yacenda is also available on Facebook at the moment.