Posted by MarriedBiography Posted on November 2, 2020 | In Net Worth , Relationship , Salary
Share this

Here is the list of the top 10 richest NBA players. Find out their current relationship status and children.

Stephen Curry is an American professional basketball player who has a net worth of $130 million. During his first decade of NBA career, he earned $130 million in salaries and $150 million from endorsements.

He is happily married to Ayesha Alexander since 30th July 2011. Together, they have three children Riley, Ryan, and Canon.

Tim Duncan is an American basketball coach and former player who has a net worth of $130 million. He made more than $20 million per season during his NBA playing career. From court alone, he made $200 million.

Tim is dating Vanessa Macias for a long time now. They have a daughter Quill Duncan.

Dwight Howard is an American professional basketball player with a net worth of $140 million as per Celebrity Net Worth. It is known that he earns over $30 million per year. From his playing career, he received a total salary of $190 million.

At present, he is engaged to WNBA player Te’a Cooper.

Dirk Nowitzki is a German former basketball player whose net worth is $140 million. He made $255 million in salaries from his 21-season of NBA. In the year 2019, he bought a $5.75 million mansion which lies in the North Dallas neighborhood.

On 20th July 2012, Dirk walked down the aisle with Jessica Olsson. They have three children, a daughter, and two sons.

Steve Nash is a Canadian former professional basketball player who has a net worth of $95 million. His total career earnings are $146 million. In the year 2014, he bought a property in Manhattan for $4.8 million.

Steve is married to Lilla Frederick since 4th September 2016. They have a son Luca Sun Nash born in July 2017 at Cedars-Sinai Hospital.

Dwayne Wade is an American professional basketball player who has a net worth of $170 million as Celebrity Net Worth. He has earned around $198 million salaries from his NBA career. Similarly, in the year 2020, he bought a massive mansion in Hidden Hills, California for $20 million.

Wade is happily married to Gabrielle Union since 30th August 2014. They have a daughter Kaavia James Union Wade born on 7th November 2018.

He is happily married to Nina Earl since 30th August 2015. They have a son Noah Russell Westbrook and twin daughters Skye Westbrook and Jordyn Westbrook.

Shaquille O’Neal is a former American basketball player who has a net worth of $400 million. During his NBA career, he earned a salary of $242 million. His earnings from endorsement are $200 million.

It is said that Shaquille is dating Annie Ilonzeh as of 2020.

LeBron James is an American basketball player whose net worth is $480 million. He makes $40 million from NBA and $55 million from endorsements every year. It is known that he made more than $600 million from his career.

Since 2013, he is married to his high school lover Savannah Brinson. They have three children Bronny James, Bryce Maximus James, and Zhuri James together.

Michael Jordan is a retired American basketball player who has a net worth of $2.2 billion. Also, he made $93.7 million in salaries from his playing career. As of now, he makes $100 million per year from endorsement and other business works.

Jordan has a customized private jet which he bought for $50 million. He is married to Yvette Prieto since 27th April 2013. They have two children Victoria and Ysabel Jordan. 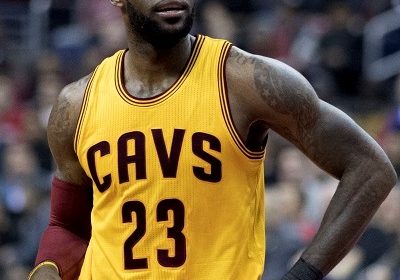 The association of NBA players and Hollywood is rising! What is the reason and its future?