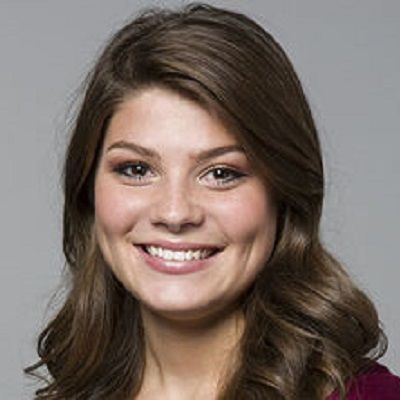 Tori Bates is a married woman. Her husband’s name is Bobby Smith. They first met in 2015 but started to date in 2016.

The wedding took place in Calvary Baptist Church, Knoxville, Tennessee. This ceremony was attended by around 700 people.

Their first child, a son Robert Ellis ”Kade” Smith IV was born on Nov 9, 2018. Recently in this couple has announced that they are again expecting another son Kolter Grey. The due date of the baby is April 2020.

Who is Tori Bates?

Tori Bates is an American actress and TV personality. She is known for appearing in her Bates family show Bringing Up Bates.

Her mother is Kelly Jo Callaham and her father is Gil Bates.

She has many siblings. Her brothers are Zachary, Lawson, Nathan, Trace, Jackson, Warden, Isaiah, Judson, and Jeb.

She holds an ethnicity of Caucasian.

Tori attended high school and graduated from there. Then she studied at Crown College.

She is an excellent violinist and even tutored her siblings.

Tori along with her family are popular because of their show Bringing Up Bates. Besides this, Tori also appeared in other shows like 19 Kids and Counting and United Bates of America.

This is a family reality show of Bates family which broadcasts on Up TV. This show was first aired on Jan 1, 2015, and is still running successfully.

Tori has not landed in any kind of controversies or rumors. However, her announcement of a second child has grabbed lots of attention in public.

This actress and model have an estimated net worth of $1 million.

Tori Bates has dark brown eyes and dark brown hair. Her height and weight are average.

Tori Bates’s Instagram account with her husband Bobby has around 449k followers. They have uploaded around 1325 posts.