Previously, she was engaged to Jordan Wiseley who is also a TV personality.

On November 28, 2020, the couple announced their breakup with a lengthy caption on their respective Instagram account revealing that they have split-up. However, the pair split in a positive manner. 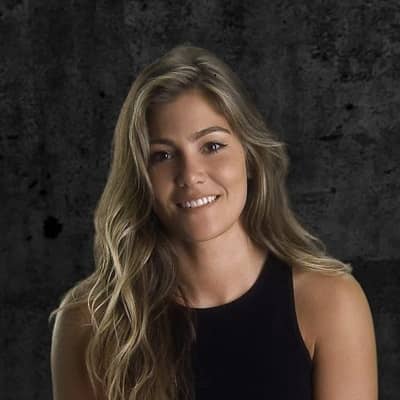 Who is Tori Deal?

Tori Deal is an American singer and reality star. She is better known for her appearance in MTV’S reality TV show, Are You the One?

The Reality star was born on 7th March 1993, in New Jersey, United States. As of 2021, she is 28 years old. She holds an American nationality and she belongs to Caucasian ethnicity. Her Zodiac sign is Pisces. She has a pet named Miso.

Details about her family member including father, mother are unknown. However, she has a brother named Nate Deal and a sister named Lauren. Also, no information available regarding his academic background.

Before appearing as a reality TV star and Singer, Tori worked as a pop culture reporter in Austria, New York. She made her debut in TV series as a cast member on the fourth series of MTV’s Are You the One? in 2016. Then she also competes on Are You the One Second chances.

Also, She was the finalist of War of the Worlds 2 where her opponents are Georgia and  Jenny. Besides, she released hit singles named F’ck Boy & What’s My Name.

Similarly, she received $950 for PanCAN from her individual bank account in 2018.

The reality star is 5 feet 9 inches tall approximately and her weight is around 56 kg. Likewise, her other body measurement including waist, hip sizes are unavailable.

However, she has blonde hair color and her eyes color is brown.

The reality star has a Twitter account with the deal @tori_deal where she has over 124.7k followers. She is active on Instagram with more than 623k followers.

Also, she is active on Facebook with 13k followers. She has a Youtube channel with 25.5k subscribers where she uploads her official videos, Vlogs, Tutorial, etc. She has a Tiktok account with 41.7k followers where he uploads only 9 videos till now.

Nany Gonzalez
Tags : American Reality star Are You the One? Singer