Tori Roloff is an American reality TV star. Roloff is a married woman. She is married to the star of TLC's show 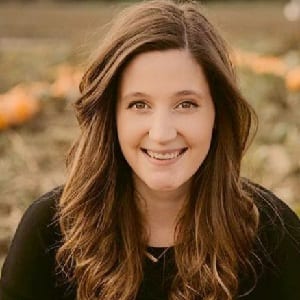 What is the relationship of Tori Roloff?

Roloff is a married woman. She is married to the star of TLC’s show ‘Little People, Big World’, Zach Roloff. The pair were engaged in April of 2014.

They later married in front of 200 guests on Roloff’s family farm near Portland, Oregon. The wedding ceremony took place on 25 July 2015.

Additionally, their wedding was televised in the wedding special that aired in August 2015.

Together, they have a son from this marriage, Jackson Roloff. The couple’s marriage is going strong as there is no news regarding any extramarital affairs at present.

Who is Tori Roloff?

Roloff was born in Portland, Oregon on May 3, 1991. She was born Victoria Elizabeth Patton. Additionally, she is of American nationality.

Furthermore, there is no detailed information available regarding her ethnic background. Most of the information about her early life and childhood is currently missing.

Talking about her education, no details are available relating to Roloff’s educational background.

People also know her as the wife of reality TV star Zach Roloff. There are no further details available about her career. She is very supportive of her husband and his work.

Roloff has not revealed her current salary. Additionally, there are no details available regarding her estimated net worth at present.

Roloff has successfully kept her life and career away from the media spotlight. She has not been part of any notable controversies in her career.

In addition, there are no rumors concerning her at present.

Talking about her body measurement, there are no details available about Roloff’s height and weight. Her hair color and eye color are dark browns.

Tori Roloff had a miscarriage of her third child with husband Zach Roloff!