Updated On November 28, 2021 | In Divorce , Married , Relationship
Share this 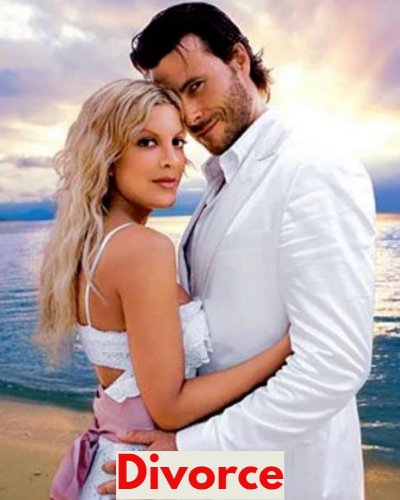 Tori Spelling and Dean McDermott are getting a divorce! They are ending their marriage after 15 years of marriage. A source revealed that their marriage is over,

“The marriage is over and has been for a very long time now. Tori has met with her lawyers and is planning to file very soon. She’s trying to work it all out and make sure she is financially OK first. It’s for the best and has been a long time coming.”

Spelling and McDermott were trying to work their marriage out through the years for the sake of their children. But in the end, nothing seems to have worked to save their marriage. Likewise, they have been sleeping in different rooms for several months and did not consider they are married. In the year 2013, Dean was involved in a cheating scandal that almost derailed the couple’s marriage. He was seeking sex-addiction treatment.

On 25th November 2021, Tori celebrated Thanksgiving with her daughters Stella Doreen and Hattie Margaret watching a holiday rom-com. Tori posted a picture of the family dinner on her Instagram and wrote,

Also read Tori Spelling doesn’t sleep with her husband Dean McDermott! Are they heading for a divorce?

Tori Spelling is a famous American actress, television personality, socialite, and author. She is well known for her first major role, Donna Martin, on Beverly Hills, 90210.

She appeared in a string of made-for-television movies including A Friend to Die For, A Carol Christmas, The Mistle-Tones, and both versions of Mother, May I Sleep with Danger? Read more bio…