Posted by MarriedBiography Posted on June 18, 2021 | In Divorce , Married
Share this 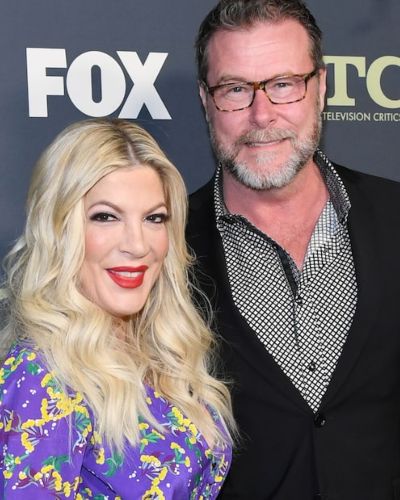 Tori Spelling is definitely having marital problems with her husband Dean McDermott! From being considered a #couplegoals to not sharing a bed their relationship has changed drastically. On 16th June 2021, Tori joined Jeff Lewis on Jeff Lewis Live where he asked her if there was a problem at home.

“No, ’cause then you spill my s— right here. Of course I’m not going to tell you what’s really going on.”

Lewis did not give up and gave it a second try and asked if she and her husband Dean were sleeping in the same bed. She answered,

“You know what? Right now, my kids and dogs sleep in my bed. Since he left—this is not good you guys—but since he left, he was gone for six months filming in another country. [Our five kids] all stayed with me. So, I currently still have four in the bedroom with me, who have yet to go back to their rooms.”

Are they getting a divorce?

Tori and Dean have been married to each other since 2006. They have five children Liam Aaron, Stella Doreen, Hattie Margaret, Finn Davey, and Beau Dean. It is not the first time there is trouble in paradise but back in 2014, Dean admitted he cheated on Tori.

It took a big toll on their relationship and they had to start over and rebuild their relationship. Such things might have occurred again even though she has not revealed anything about his new infidelity. The couple might sort things out as they did in the past. They have not revealed if they are opting for divorce.

Also read Know the brave side of Tori Spelling who has fought pregnancy complications including placenta previa to have a family of five children! Learn about her husband’s cheating scandal!

Tori Spelling is a famous American actress, television personality, socialite, and author. She is well known for her first major role, Donna Martin on Beverly Hills, 90210.

She appeared in a string of made-for-television movies including A Friend to Die For, A Carol Christmas, The Mistle-Tones, and both versions of Mother, May I Sleep with Danger?. Read more bio…