Kat Graham reveals her new identity ‘Toro Gato’! What does that mean?

Updated On October 12, 2022 | Published By: Brandy Stratton | In Entertainment
Share this 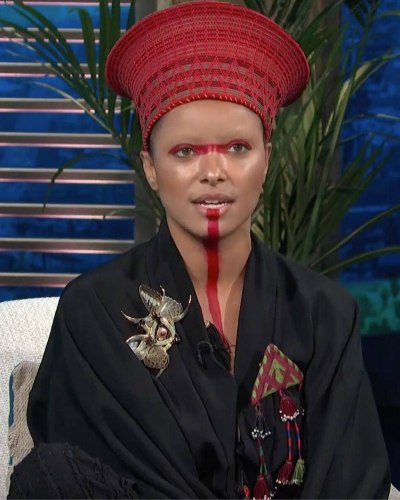 Kat Graham has debuted her new identity ‘Toro Gato’! On 31st August 2021, she revealed her true identity during an interview with E! News. She revealed that her former identity was her true alter ego. She said,

“I think that we as entertainers have this identity that we have to give to the public and be presentable, and I think sometimes we forget our core and our truth. As an artist, I want to explore that with this Toro Gato project and this entire NFT collection. I wanted to kind of dismantle my former identity.”

This is a new version and the more time she spent in the space, the more she thinks that her old name is the alter ego. She is becoming the West African, the ruler, the monster who is not scared of anything. She will be releasing her debut EP Toro in September.

Toro Gato translates to ‘bull cat’ in Spanish which represents the duality between her current ego and her former ego. She said,

“Toro shows the light and the dark sides, so you know when you get really really angry and you’re scared of that monster and you don’t want to let that side out? Like, this is that version of that. Gato is maybe the peaceful side, and both sides can exist. It’s showcasing the subconscious mind and the conscious mind.”

She wore African attire including a Zulu hat for the appearance. But she explained that the attire was the opposite of a costume. Toro found different pieces that represent her as a woman and where her ancestors are from.

Kat Graham is a well-recognized Swiss American actress, singer, dancer, and model. Graham is widely famed for her role as Bonnie Bennet on The CW supernatural drama series, The Vampire Diaries (2009-2017).

Aww… Romantic Photos of Priyanka and Nick Jonas which will make you mushy!
Tags : Actress Singer